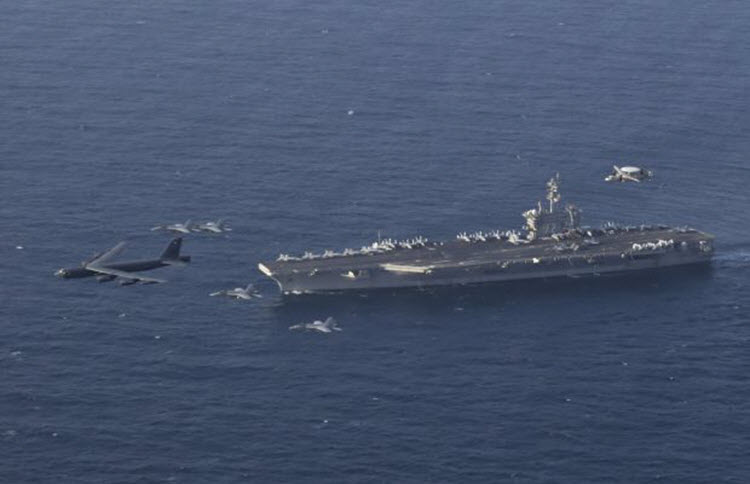 Several US officials have said that military tensions between Iran and the US have been easing, just a month after that US sent an aircraft carrier to the Middle East because they feared that Iran as preparing to attack US troops in the region.

One defence official with direct knowledge of the situation said: “It seems tensions have dropped some, but we are still watching very closely, we haven’t relaxed, we remain vigilant.”

Iran appears to have removed missiles from two small ships seen by the US in the opening days of the standoff; something Iran claimed was to deter the US from attacking them. However, US officials claim that Iran would have fired the first strike and then destroyed the evidence.

Several officials said that US intelligence showed that Iran’s Quds Force commander Qasem Soleimani was deeply involved in the potential attack plans, which might include attacks on US troops in Iraq, a maritime attack in the Persian Gulf, and strikes against Saudi and UAE oil facilities by either Iranian troops or their allied proxies across the Middle East.

The officials have not shared publically the intelligence that led to the deployment of the carrier, aircraft, and air defence missiles, likely because it constitutes a matter of national security, but new information shows why the US was so concerned at the beginning of May. Several officials have said that Iran was not taking the US warning about not attacking US troops seriously, so the US decided to send in more forces.

They have not said how they knew that Iranian officials were not taking the US warning seriously, but Gen. Joseph Dunford, chairman of the Joint Chiefs hinted that there was a threat of an attack with questions about whether the US would respond to it with force. Several other officials have cited at least four separate streams of intelligence that informed that about the intentions of Iranian officials.

Dunford said: “In the last weekend of April, I began to see more clearly things that I had been picking up on over a period of months… multiple threat streams that were all perhaps coming together in time.”

It was then that national security adviser John Bolton made the announcement about the deployment.

Military action still on the table

However, even with tensions dropping, Donald Trump has refused to take military action off the table, which is sensible otherwise, Iran would likely attack the US. However, Trump did say he was willing to talk to Iranian President Hassan Rouhani.

But rhetoric isn’t weakening on either side and many believe tensions will ratchet up again.

Tensions between the two nations rose considerably in 2018 after Trump pulled the US out of the 2015 nuclear agreement that gave Iran sanctions relief in exchange for supposed curbs on its nuclear program, which the US said never materialised.

Iran fires back at Gulf states for damning remarks