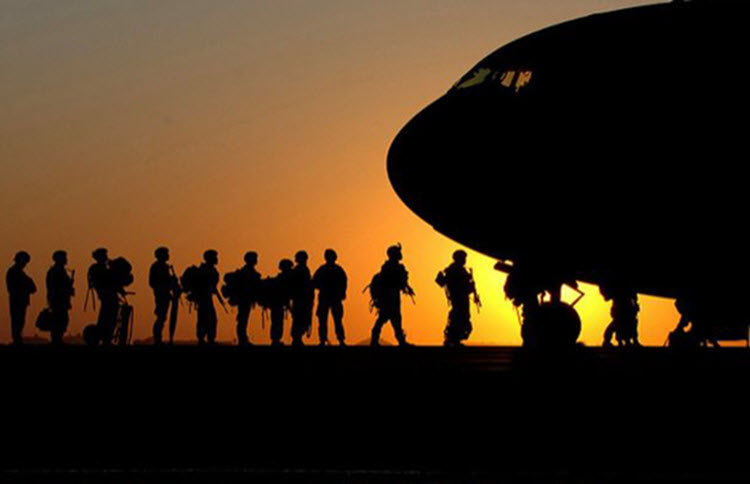 The Pentagon announced Monday that the US will send 1,000 additional forces and more military resources to the Middle East as tensions with Iran continue to grow.

Acting Defense Secretary Patrick Shanahan said in a statement: “In response to a request from the US Central Command for additional forces, and with the advice of the Chairman of the Joint Chiefs of Staff and in consultation with the White House, I have authorized approximately 1,000 additional troops for defensive purposes to address air, naval, and ground-based threats in the Middle East.”

He explained that recent Iranian attacks have validated the intelligence the US had gathered about hostile behaviour by Iranian forces and their proxy groups that threaten US troops and interests in the Middle East, but he was quick to reiterate that the US is not seeking war with Iran.

Just prior to this announcement, the Pentagon released photos that it said showed Iranian boats removing mine from the hull of one of two tankers attacked in the Gulf of Oman on June 13. The UK and Saudi Arabia have also agreed with the US that Iran is likely responsible for the tanker attacks earlier this month.

One US official said that the deployment will include intelligence, surveillance and reconnaissance aircraft and missile defence. This recent announcement about troop deployment is believed to be in addition to the 1,500 troops that US President Donald Trump promised to deploy as a “mostly protective” force on May 24.

This announcement came just hours after the State Department announced that Secretary of State Mike Pompeo will travel to US Central Command in the Middle East, where he will meet with CENTCOM commander Gen. Kenneth McKenzie and Gen. Richard Clarke, the head of Special Operations Command, “to discuss regional security concerns and operations”, and just one day after Pompeo said that the US is still considering military action against Iran.

Elsewhere, Iran announced that it would break uranium stockpile limits set under the nuclear deal by accelerating uranium enrichment to 3.7%.

US House Speaker Nancy Pelosi said Monday: “Americans must have no illusions about the Iranian regime, and must remain committed to holding Iran accountable for its dangerous activities in the region… The Congress must be immediately briefed on the administration’s decisions and plans.”

Since Donald Trump took office, he has been taking a maximum pressure approach towards Iran, including by imposing sanctions and pulling out of the nuclear deal.

AFP: The leaders of Iran and Niger on Tuesday...