Senator Lindsay Graham: US Should Be Ready to Attack Iran If They Threaten Shipping Again 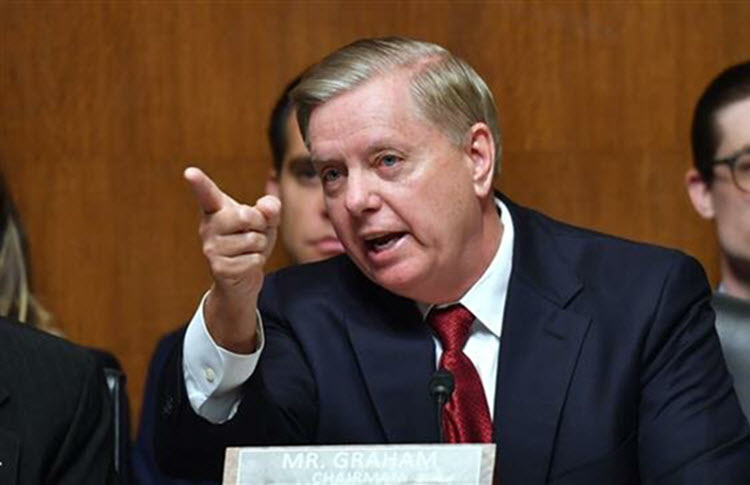 United States Republican Senator Lindsay Graham said that if Iran tries to disrupt shipping activity in the vital sea lanes of the Middle East again, whether through attacks on cargo vessels or blocking the Strait of Hormuz as they have threatened to do, then the Trump administration should consider taking serious action.

Graham, who chairs the Senate Judiciary Committee, advised that President Donald Trump create an Iranian “target list” in case Tehran puts the US, its allies, or its interests in danger.

He said: “He should put the oil refineries on the target list and look at sinking the Iranian Navy if they attack shipping again. If I were the president, I would tell the Iranians, if there’s an attack on a ship or a pipeline or anything like that, we’re going to blow up your oil refinery because they’re trying to drive up costs by creating chaos.”

However, Graham clarified that he was not calling for war or a “land invasion”, which many associate with the Iraq War. He only wants the US to be prepared to take action if necessary.

He said: “My red line is – if there’s any more disruption of shipping in the [Strait] of Hormuz linked to Iran, take out their Navy, bomb their refineries.”

Last week, two tankers were attacked in the Gulf of Oman and the US blamed Iran. The US has since provided photo and video evidence that they say shows the Iranian Revolutionary Guards Corps (IRGC) removing a limpet mine that failed to explode from the hull of one of the tankers.

Graham, from South Carolina, told Bret Baier on Fox News’ “Special Report” on Wednesday that the situation in the region is only getting worse on all counts.

Graham said: “It’s getting more dangerous by the day. [Iran’s Supreme Leader Ayatollah Ali Khamenei should not be allowed to] develop a nuclear bomb.”

He continued: “If the Iranians follow through on their threat to start enriching again… and basically take their enrichment program to a nuclear level in terms of weapons-grade production, Israel’s in a world of hurt.”

On Monday, Iran announced that it would exceed the stockpile limits on enriched uranium, a component in nuclear weapons, that were set under the 2015 nuclear deal by the end of June.

New York Times: Think of normalized relations with the United...