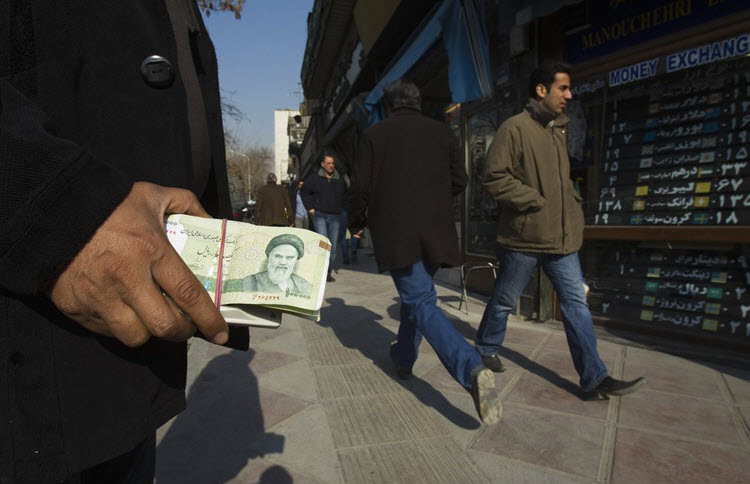 The Iranian government has admitted that its economy fell into a worse recession in 2018 than international organizations predicted after the US started reimposing sanctions on Iran’s oil industry and other financial sectors.

The Statistical Center of Iran published a report Sunday that said Iran’s gross domestic product decreased by 4.9% in the last Persian year, which ended on March 21.

The US began reimposing sanctions after Donald Trump pulled out of the 2015 nuclear accord last May, as part of his “maximum pressure” campaign to get Iran back to the negotiating table for a deal that addressed all of the regime’s malign behaviour.

Trump said that the 2015 deal not only failed to address Iran’s ballistic missile program or regional warmongering but also failed to prevent the mullahs from obtaining a nuclear weapon after 2025.

In November, Trump sanctioned Iranian crude but gave waivers to eight countries to stabilise the markets. Last month, those waivers expired and no purchases of Iranian oil have been announced since.

Because of this and the authorities’ mismanagement and corruption, Iran’s economy has taken a nosedive, with its inflation and unemployment rates getting worse and its currency falling steeply against the dollar. This has led to mass anti-regime protests in the streets of Iran.

While Patrick Clawson, a research director at the Washington Institute for Near East Policy, explained that the Iranian government’s handling of the economy has contributed to the country’s worsening recession.

Clawson said, referring to the administration of President Hassan Rouhani: “It’s remarkable how a team of so-called moderates has managed to bungle economic policy. Iran’s current set of policies discourages exports, encourages imports and requires the government to use inflation [that results from printing money] to finance itself. It’s a stunningly bad mix.”

Iran Understands Only One Language, the Language of Force

By Mehdi Around the world, people are worried about...