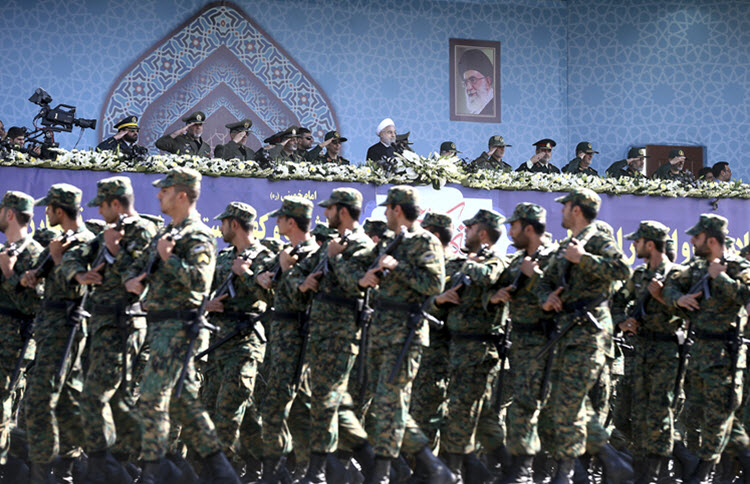 Iranian President Hassan Rouhani has praised the Revolutionary Guards for its downing of a US drone just over a week ago, claiming that this shows some sort of Iranian superiority.

He said: “We hit the drone with a system that is constructed in Iran, its missile is made by Iran, its radar is made by Iran, that is, we searched with our Iranian radar, we locked with Iranian radar, we targeted it with our Iranian missile … We kiss the hands of all those who created this domestic industry in the Ministry of Defence, the hands of all who used this tool well in the Revolutionary Guards.”

Maryam Rajavi, President-elect of the National Council of Resistance of Iran (NCRI), said that this only shows how necessary it is for the world to sanction Rouhani and place him on terrorist lists.

After all, he has played a pivotal role in the Iranian authorities’ crimes inside and outside Iran over the past four decades and especially since becoming President in 2013.

In fact, he confessed in 2016 that he had used his government’s warmongering in Iraq and Syria to get concessions in the nuclear talks and praised the Revolutionary Guards for their role in destabilising the Middle East. The following year, he bragged about Tehran’s ability to build missiles, despite the fact that the construction of nuclear missiles was banned under the nuclear deal and the testing of ballistic missiles was banned under the UN resolution enshrining the nuclear deal.

He told the Parliament on October 29, 2017: “We built, are building, and will build missiles … We do not hesitate to build, manufacture, store, and use when necessary to defend ourselves, any weapons of any kind that we need.”

Before the nuclear deal, Rouhani complained that Iran’s nuclear programme had been going unnoticed by the rest of the world and that it planned to launch 54,000 centrifuges by March 2003, until the NCRI revealed the malign programme to the world in 2002. Rouhani even admitted, in 2006, that Iran “played for time and tried to dupe the West after its secret nuclear programme was uncovered by the Iranian opposition in 2002″.

Iran watchers point out, of course, as always with Iran’s theocratic government, Rouhani’s crimes against the Iranian people are always worse than against the world. Since 1980, he has been calling for the execution of political dissidents in public at the Friday prayers services. Then, while serving as the secretary of the Supreme Security Council in 1999, he suppressed an uprising by Tehran’s students and people.

Reuters: Iran on Monday discussed with Russia proposals it...