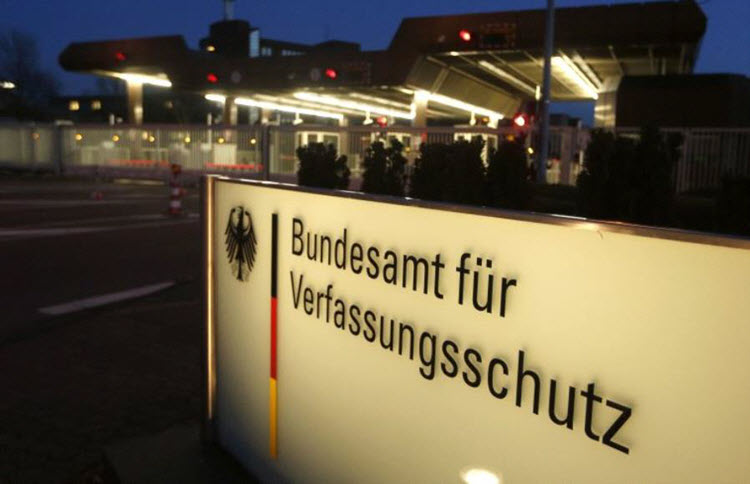 The German Intelligence Agency has revealed in its latest report that Iran’s Intelligence Ministry plotted assassinations of the Iranian opposition Mujahedin-e Khalq (People’s Mojahedin or MEK, PMOI) from the Iranian Embassy in Berlin.

The Federal Office for the Protection of the Constitution of Germany (BfV) released its 2018 report on June 27, which revealed that Iran’s secret service was involved in the “bombing plot against the annual gathering of the PMOI in June 2018 in Villepinte near Paris”.

BfV head Thomas Haldenwang and Federal Minister of the Interior Horst Seehofer warn that these plots against the Iranian opposition are intensifying, explaining that the MOIS and the Revolutionary Guard Corps Quds Force both engage in intelligence operations via the Berlin embassy.

The BfV report read: “The central task of the Iranian intelligence services is to spy against opposition movements and confront these movements. In this regard, evidence of state-sponsored terrorism in Europe, which originates in Iran, have intensified during 2018.”

This culminated in the attempt to bomb the Free Iran rally on June 30, which was attended by some 100,000 people, for which a diplomat at the Iranian embassy in Vienna was arrested for organising the attack and proving the would-be bombers with the explosives.

The Iranian opposition coalition National Council of Resistance of Iran, which includes the MEK, has once again, after reading the BfV report, called for the Iranian MOIS to be designated as a terrorist entity, called for Iran’s embassies across the globe to be closed, and for Iran’s “agents and mercenaries” to be prosecuted or expelled from European soil, especially Germany, because of Tehran’s policy of “exporting terrorism” and “espionage” through them.

US to probe ‘revelation’ of Iran nuclear trigger work

AFP: The United States said Tuesday it will investigate...

Iran sending thousands of agents to Iraq ahead of key elections