US May Have Downed Second Iranian Drone in Gulf 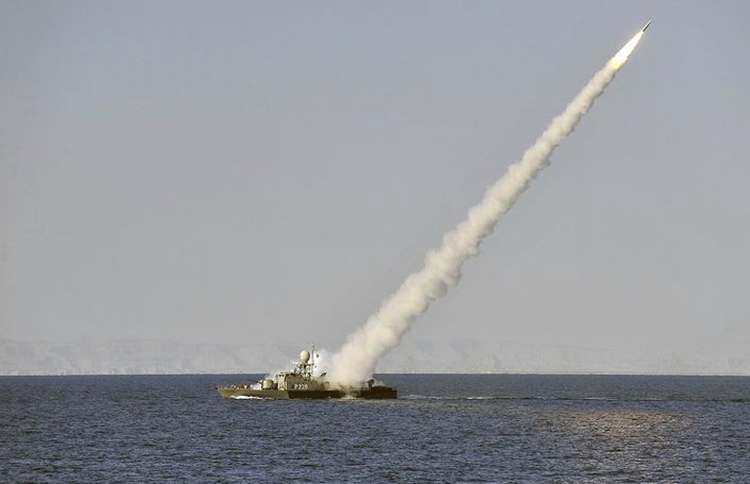 The US Navy warship that reported bringing down an Iranian drone in the Strait of Hormuz last week may have actually brought down two drones.

One US official, who spoke on the condition of anonymity, said that the military did not have definite confirmation, but there “might have been a second” drone brought down.

The crew of the USS Boxer, a large amphibious assault ship, said that they saw one drone go down on Thursday and the other disappeared from radar, so is believed to be destroyed.

While Brown said: “This was a defensive action by the USS Boxer in response to aggressive interactions by two Iranian UAS (unmanned aircraft systems) platforms in international waters. The Boxer took defensive action and engaged both of these platforms. We observed one UAS crash into the water but did not observe a ‘splash’ for the other.”

Both of the drones were downed by a new Marine Corps anti-drone jamming device that is strapped to the deck of the ship, rather than by shooting missiles.

Iran denied that any of its drones had been downed, releasing what it said was video evidence of an undamaged drone returning to base, however, it’s important to note that this would be easy to fake.

Donald Trump refuted this on Monday, saying: “There’s a lot of proof — it’s called take a look at it on the ocean floor. Take your scuba gear and go down there.”

Drone downing and prior events

Trump said last week that the USS Boxer took defensive action when an Iranian drone came within 1,000 yards of the ship and ignored multiple calls to retreat. He blamed Iran’s “provocative and hostile” action for the US’s move.

Brown said: “The United States reserves the right to defend our personnel, facilities, and interests and calls upon all nations to condemn any attempts to disrupt freedom of navigation and global commerce.”

It is not unprecedented for Iran to fly a drone near a US ship and the two nations have had many previous close encounters in the Strait of Hormuz. This incident is the latest event in the growing US-Iran tensions that have been rising since early May when the US accused Iran of threatening American forces and interests in Iraq and in the Gulf.

On this year’s World Health Day, which has the...