US Urges Germany to Counter Iran Threat to Shipping 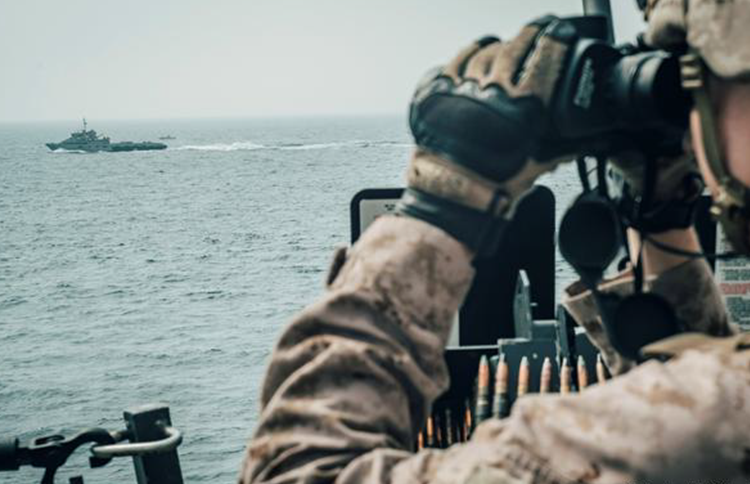 The US has increased diplomatic pressure on Germany to join efforts to protect the Strait of Hormuz from Iranian threats after Iran seized a British oil tanker earlier this month.

US embassy spokeswoman Tamara Sternberg-Greller said in a statement: “We’ve formally asked Germany to join France and the UK to help secure the Strait of Hormuz and combat Iranian aggression. Members of the German government have been clear that freedom of navigation should be protected… Our question is, protected by whom?”

A German foreign ministry source said the US has presented its plans for a “maritime surveillance mission” to a number of allies, including Germany, and asked for contributions, but the German government has not promised anything because their priority is de-escalation, something that Foreign Minister Heiko Maas had “repeatedly stressed”.

The source said: “We are working closely with France and the United Kingdom on this. We can rule out participation in the American strategy of maximum pressure.”

The US request came after the UK has ordered its navy to escort British-flagged ships through the Strait, which is where one-fifth of global oil supplies are transported. On Tuesday, Reuters reported that British Petroleum is not using its own tankers to transport oil through the Strait, instead using vessels flagged by other countries.

US Secretary of State Mike Pompeo said that the plan would take more effort than most would want, but that all countries must be united in protecting commercial transit.

Pompeo said: “We are gonna keep it open… We are going to build up a maritime security plan. Countries from all across the world who have a vested interest in keeping those waterways open will participate”.

Tensions in the Strait ramped up after the US withdrew from the 2015 Iran nuclear deal last year and reimposed crushing sanctions. Since the beginning of May, when the US tightened sanctions on Iran’s oil exports, the US has accused Iran of attacking six tankers in the region, as well as shooting down a US drone.

Roughly two weeks ago, Iran seized the British-flagged Stena Impero, accusing it of violating maritime law, but this was suspect and many believe it was a retaliation to Britain’s seizure of its tanker in early July. The UK seized the Iranian tanker off the coast of Gibraltar fr violating sanctions on oil shipments to Syria.

The Independent: The spiritual leader of Iran has reaffirmed...