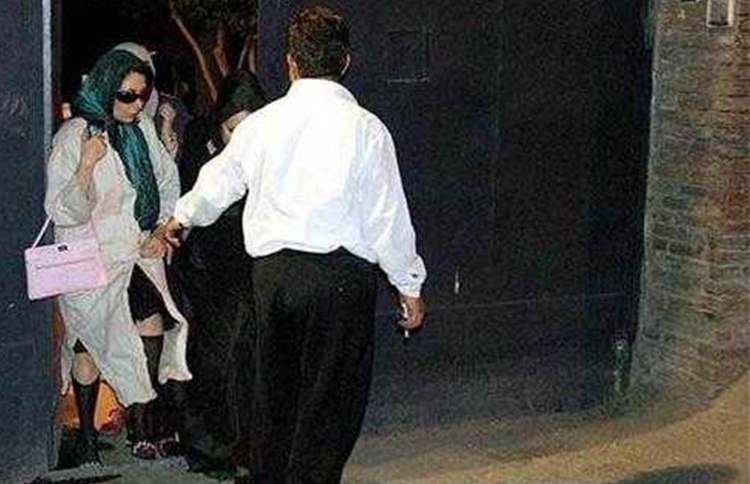 The IRGC forces in Hamadan, which is the ancient city of Ecbatana, did not divulge the exact location of the parties, the numbers of guests arrested, or what has happened to those still held in prison. They only said that 20 of the detainees were released after being disciplined, lectured, and guided to the “right path”. It is not known whether disciplined in this case refers to a warning or some sort of corporal punishment.

He said that these parties included serving alcoholic beverages, which is illegal under the mullahs’ Sharia law, “western-style dancing”, which the mullahs probably consider a so-called morality crime, and performances by female vocalists.

Karimpour said the party organisers had urged female guests to leave their husbands and children at home for a couple of hours so that the women could enjoy life and think about themselves. In most countries, this is known as a “girls’ night”; in Iran, it’s a crime.

It is less common for an all-female party to be raided in Iran, but the authorities have always cracked-down on mixed-gender parties, believing them to be inherently immoral because of the chances that women will be allowed to talk to men that they are not married to or related to.

This is also a particularly odd situation because normally the security and police forces are responsible for breaking up parties, not the IRGC.

The IRGC, which is labelled as a terrorist group in the US, was set up after the 1979 Revolution and the fall of the Shah in order to protect the Islamic Republic’s political system and the office of the Supreme Leader. IRGC commanders have repeatedly stated that their main role is preventing foreign interference, military coups, or “deviant movements”, by which they mean the Iranian Resistance forces.

It is not clear how a group of women drinking wine and dancing in a private place is a threat to the clerical establishment unless this is a tacit admission by the IRGC that Iran’s entire political system is based on the repression of women, so female freedom must be crushed at all costs.

AFP: A cross-party group of British politicians on Thursday...

‘Adultery’ sisters to be stoned to death in Iran