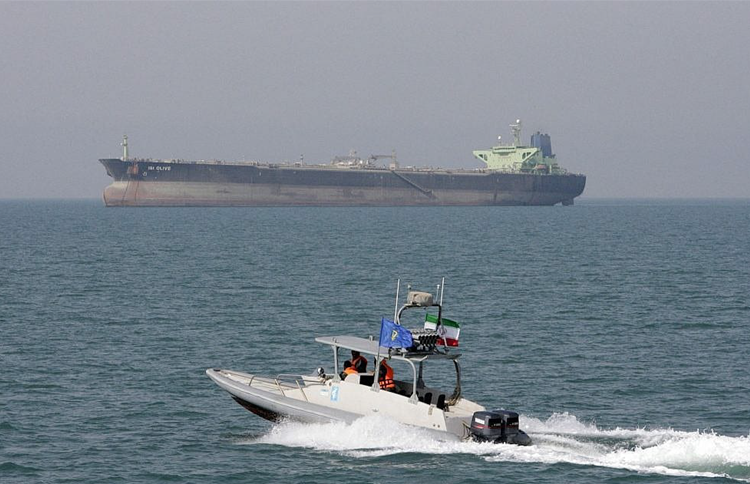 Recently, an internal source in Iran disclosed a series of details about a mastermind, plotter, and operator of recent attacks against oil tankers in Gulf of Oman. Details explain that the IRGC’s forces shifted missiles widely in southern Iranian coasts to target foreign interests for lift the spirits of IRGC, after its blacklisting by the U.S.

Tuesday, Mr. Majid Hariri, member of defensive and strategic studies in the National Council of Resistance of Iran (NCRI), stated: “According to our obtained report, Ali Fadavi, a brigadier general of IRGC and deputy commander of IRGC forces, is responsible for bombing attacks against oil tankers in Gulf.” He added that this military mission was employed by the special unit of IRGC’s navy in cooperation with an IRGC navy camp called “Imamat” in Jask port (Bandar-e Jask). (Source: Egypt’s Al-Bayan daily)

Details stress that the IRGC began to displace its missiles widely in southern Iranian coasts among last month. It pursued this operation to revive the spirits of IRGC forces and prevent a growing wave of defections while the Iranian government is faced with an array of internal and foreign crises.

Based on reports obtained from inside Iran, supreme leader Ali Khamenei believes that the U.S. is not seeking war, therefore, he increased its provocative military action in the Strait of Hormuz to challenge the security in the region and the transferring of oil to reduce and delay the consequences of political, social, and economic crises, which have pushed the clerical establishment toward its overthrow.

Who is Ali Fadavi, the commander of this operation?

Reports from inside the Iranian authorities reveal that IRGC brigadier general Ali Fadavi plotted and commanded explosive attack against two oil tankers in the Sea of Oman on June 13, 2019.

It is worth reminding that Ali Fadavi, as the former commander of IRGC’s navy, implemented Tehran’s plot to abduct American sailors in January 2016. In this regard, Fadavi was encouraged and rewarded on behalf Khamenei for his servitude to the murderous mullahs on January 31, 2016.

Brigadier Fadavi was in direct connection with the commander of the IRGC navy’s camp, Col. Teimur Paydare in Jask port and received momentary reports about the developing operation. This camp is located at 30 miles distance of the location the oil tankers were exploded.

Meanwhile, during last years, the former and current commanders of IRGC’s navy troops, Fadavi and Tangsiri, have issued threats against the West to block the Strait of Hormuz, remarks that have been published in Iran’s government-run media.

The recent attack on two oil tankers in the Sea of Oman is the second attack against oil tankers in a month in the strategic zone of the Persian Gulf, which has led to the intensification of ongoing tensions between Tehran and Washington. What happened on May 12, includes attacks against three oil tankers and a ship in the Emirates, point the finger at Iran’s role to cause instability in the region.

Iran must suspend enrichment throughout any talks: US

Reuters: The United States said on Wednesday Iran would...

US targets Iran with new sanctions

AFP: The United States on Tuesday announced it is...