Iran Seizes Another Tanker in the Gulf 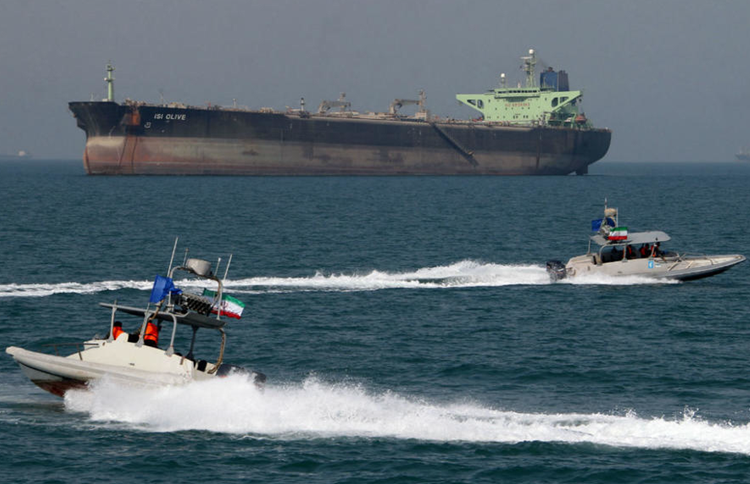 Just after Iran announced that it has seized another tanker in the Persian Gulf, the United States called on Australia to take part in a “global coalition” to help protect passage through the region.

State media indicated that the order to seize the oil tanker came from the judiciary authorities. The vessel was allegedly intercepted near Farsi Island – a small and barren Iranian island that is used by the IRGC as a Navy base.

The vessel, according to Iran, was smuggling 700,000 litres of fuel. Iranian state media has said that the unidentified vessel was taken to the port of Bushehr where the fuel was handed over to authorities.

During his quick visit to Australia, US Secretary of State Mike Pompeo called on Australia to participate in efforts to secure shipping through the Strait of Hormuz, a vital passageway for international ships and global trade.

He emphasised that the attacks by Iran have been unprovoked. Pompeo said: “We’re asking every nation that has energy needs, that has goods and services passing through, to contribute to our effort.”

The US Secretary of State said that there were a number of ways in which Australia could participate in an international effort to guarantee the safe passage of vessels in the Gulf. He said that the country has a “a highly capable, sophisticated” military force and that it has “many assets it could deploy”.

The US and Australian foreign and defence ministers met in Sydney for the annual Australia-US Ministerial Consultations (AUSMIN).

Australian Defence Minister Linda Reynolds said that she has discussed the matter with Foreign Minister Marise Payne, but no decision has been made yet. She said that the heightened tension in the region are extremely concerning and stated that Australian strongly condemns the attacks on shipping in the Persian Gulf.

Payne said that the request from the United States is “serious and complex” and that the Australian government will be carefully considering its options.

Australia is negotiating with the United States to buy a huge quantity of oil because of its extremely low levels that it holds domestically. The country currently has oil levels that are far below the quantities as per an international agreement. It only has enough oil to last just less than a month. According to the international agreement, it must have a supply that will last 90 days.

The country is looking into other options – a priority given the volatile situation that is escalating in the Persian Gulf.

The Trump administration has been attempting to forge a military coalition in the Gulf, but the Europeans have been reluctant to associate themselves with it in fear of sparking military conflict with Iran. The European governments have been calling for diplomatic moves to de-escalate the situation with Iran.

However, it appears that this reluctance on the part of the Europeans could be emboldening the Iranian authorities even further.