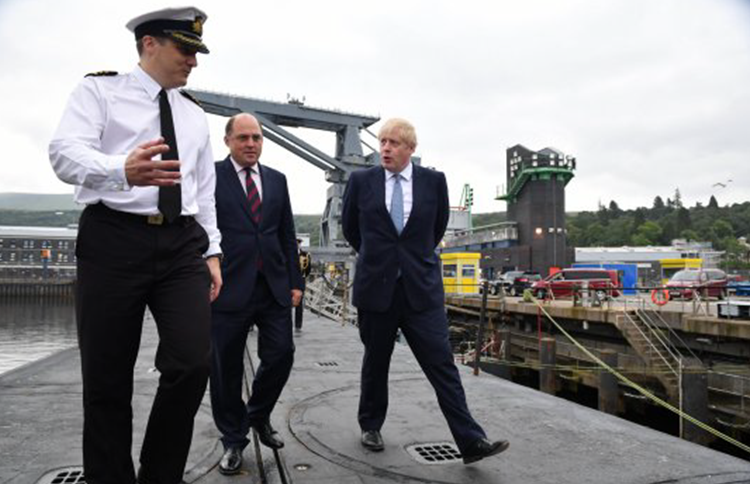 Earlier this week, the British government said that it would be joining the naval security mission in the Strait of Hormuz that is being led by the United States.

Towards the end of last month, the United States military initiated efforts to protect commercial shipping interests against Iran in the Persian Gulf. Mark Esper, the US Secretary of Defense, said that the aim of the United States’ air and naval presence is to deter Iran from seizing or threatening to stop any American commercial ships.

He said that the Iran threat is a major priority for the United States and the threats to navigation in the Gulf and the Strait of Hormuz have become an international issue because of Iran’s belligerence and provocations. Esper said that Iran is taking this action in response to the US economic sanctions that have hindered its oil exports.

The British Foreign Secretary Dominic Raab has gone against the plans that were laid out by Jeremy Hunt, his predecessor, who wanted a European-led mission to guarantee the security of British vessels in the Gulf.

Secretary Raab said that the new maritime taskforce would provide the much needed “reassurance” for shipping in the Gulf and the strategically important Strait of Hormuz.

It was announced in July by the British government that British-flagged vessels passing through the Strait would be provided with a Royal Navy escort by HMS Montrose and HMS Duncan. The Ministry of Defence has confirmed that these vessels will still be involved in the new mission.

For its part, the United States has dedicated two warships and aerial surveillance to the mission.

The British Foreign Secretary said that despite the United Kingdom joining the US-led mission, the country remains dedicated to the Joint Comprehensive Plan of Action (JCPOA) that the United States exited last year. Mr. Raab said that the British government is seeking to “de-escalate the situation in the Gulf”.

British Defence Secretary Ben Wallace also affirmed that the United Kingdom is “determined to ensure shipping is protected from unlawful threat”. He said: “Upholding international maritime law and freedom of passage is in all our interests. We are seeing, across our seas and oceans, too many incidents that seek to challenge such freedoms.”

Iran is responsible for increasing tensions in the region. It started when the British Royal Marines aided authorities in Gibraltar with the seizure of a tanker carrying Iranian oil. They had received evidence that the tanker was on its way to Syria and that it was breaching EU sanctions.

In retaliation, the Iranian regime’s Islamic Revolutionary Guard Corps (IRGC) seizes the British-flagged Stena Impero vessel. It proceeded to taunt the United Kingdom by releasing videos and images of the seizure.

The Strait of Hormuz is a small but extremely crucial waterway in the Gulf region. It is where around a fifth of the world’s oil passes every year and is the busiest sea route for oil in the world.

Freedom of information still flouted a year after Rouhani’s election