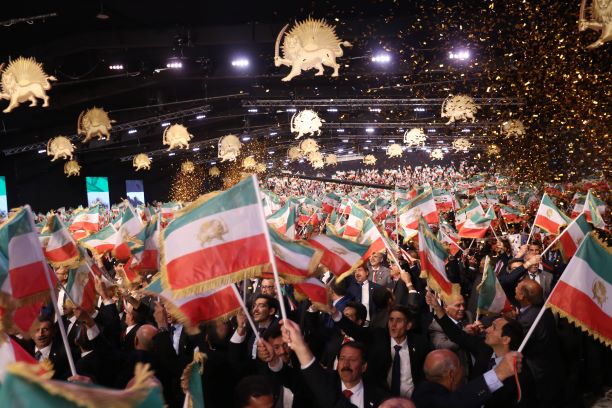 The cell had been activated to undertake action against the main Iranian opposition movement, the Mujahedin-e-Khalq (MEK) settled in Albania since 2014.

The MEK had been the target of a foiled terrorist plan in Albania in March 2018, but few details had been revealed by Albanian authorities on the foiled attempt. A big gathering of the organization’s members in Tirana on the occasion of the Iranian New Year (Norouz) was targeted by terrorists under the Iranian regime’s command.

But in December of the same year, Albania expelled Iran’s ambassador and another diplomat for “damaging its national security”.

The expelled ambassador, Gholamhossein Mohammadnia, apparently a high-level element in Iran’s Ministry of Intelligence and Security (MOIS), had been active in the MOIS before being assigned to the Iranian embassy in Tirana following the installation of some 3000 MEK members in Albania from 2014 to 2016. He was a member of the Iranian negotiating team in nuclear talks with 5+1 before his new assignment three years ago to the post of ambassador in Albania.

The failed attack in Albania preceded another failed attempt orchestrated by a Vienna based Iranian “diplomate”, Assadollah Assadi, who tried to bomb a huge gathering of the Iranian opposition, organized by the National Council of Resistance of Iran (NCRI) and MEK in Paris in June 2018. Four operatives, including Assadi, were arrested in France, Belgium, and Germany to be all extradited to Belgium where they await trial.

France said in October 2018 there was no doubt Iran’s intelligence ministry was behind the June plot to attack the NCRI’s annual rally outside Paris. It seized assets belonging to Tehran’s intelligence services and two Iranian nationals and expelled another Iranian diplomat.

An MOIS agent by the name of Alireza Naghashzadeh, operating under the guise of former MEK member, was cited in the Albanian police director’s announcement as an active member of the terrorist cell. MEK has always warned that MOIS systematically uses agents claiming to have been former MEK members in order to hide efforts to gather security-sensitive information on the MEK. One such case was revealed by the Library of Congress in its 2012 report.

The Iranian opposition has constantly urged Western countries to close Iran’s embassies in their countries as “terrorist nests”. A press conference held in Brussels earlier this year focused on major roles played by Iran’s top diplomats in assassination plots against opposition members in Europe.

In its April 29, 1997 declaration, the European Union stressed that the regime’s intelligence operatives must be expelled from Europe and that no visas should be issued for those Iranians linked to Iran’s intelligence and security services.

Gholamhossein Mohammadnia, Iran’s ambassador to Albani, before his expulsion

The Wall Street Journal - OPINION, COMMENTARY Cleaning Up After the...