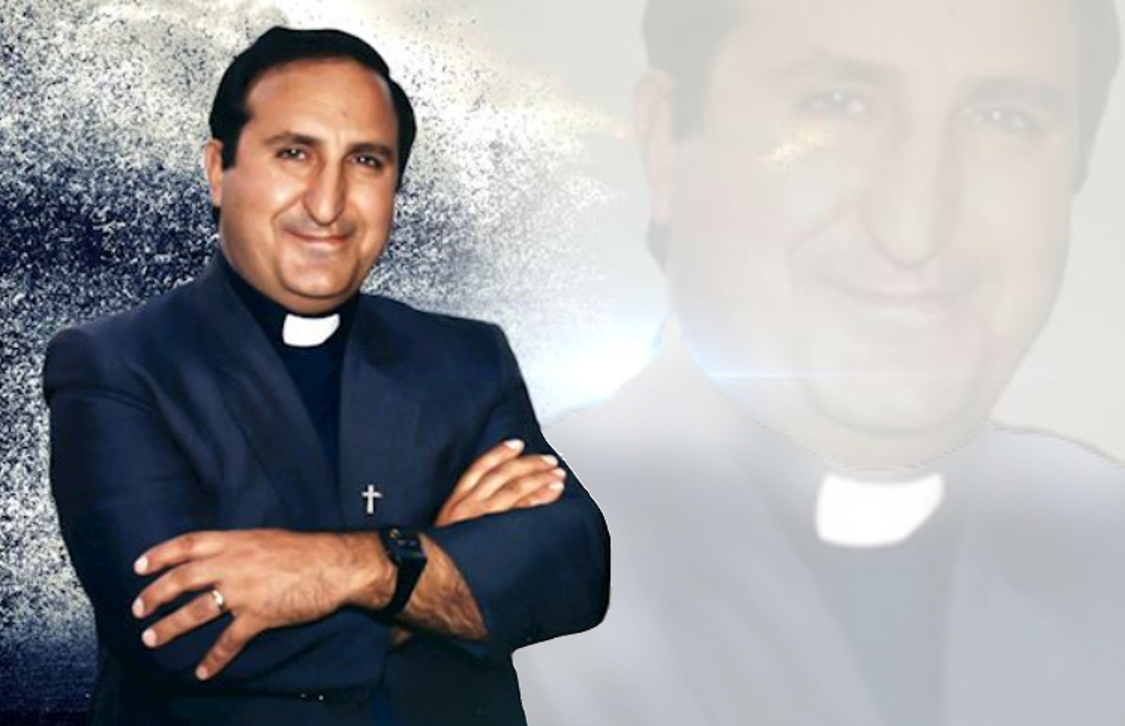 Iranian Christians are one of the most suppressed minorities in Iran. The government constantly deprives Christians in Iran of their most basic rights and prevents them from taking part in serious social and political activities.

The crimes of Tehran’s rulers against the Iranian Christian community are numerous. Perhaps some of the most tragic chapters of these crimes are the murder of Christian spiritual leaders in Iran.

On January 19, 1994, Iranian Bishop Haik Hovsepian Mehr was brutally murdered in Tehran – Evin prison. The Iranian government never launched any investigation regarding the inhuman crime against one of Iran’s prominent Christian spiritual leaders. Hovsepian Mehr was considered as one of the high-ranking Christian clerics in Iran. He was an Iranian Armenian Protestant minister and bishop of the Jama’at-e Rabbani church [part of the Assemblies of God church movement].

Hovsepian Mehr made significant efforts for documenting the government’s violations of religious freedom. He also relentlessly attempted to inform the world about the state’s strict measures against Christians in Iran.

In this respect, the ayatollahs, who don’t have a bright background in respecting social freedoms, were the main beneficiaries of the removal of a Christian opposition leader. However, the state alleged dissidents had murdered Hovsepian Mehr to evade the consequences of their shameful crime.

Following Hovsepian Mehr’s murderer, the Leader of the Iranian Resistance Mr. Massoud Rajavi sent a telegram to Pope John Paul II and the Protestant congregations and mentioned valuable activities of the Iranian Bishop.

Contrary to the Iranian government’s propaganda against the People’s Mojahedin Organization of Iran PMOI [also known as Mojahedin-e Khalq MEK], Mr. Rajavi shed light on anti-government activities of this patriot Bishop. He demanded the United Nations clarify the scope of this vicious assassination.

“Bishop Hovsepian Mehr had provided a detailed report of religious freedoms’ violations by the ayatollahs’ regime. He previously demanded the Special Rapporteur of the United Nations on Human Rights to visit Iran. Relying on his love for freedom and braveness, he was constantly revealing and condemning the regime’s crackdown on our Christian compatriots despite substantial threats.

He never succumbed to the regime’s expectations and rejected appeasing tyranny. After committing this crime, the Ayatollahs’ regime staged a propaganda campaign in order to attribute the terrible assassination of Bishops to the PMOI. All these efforts met inattention and disgust by both international and internal communities,” Mr. Rajavi wrote to then Pope and Protestant congregations.

“In an interview with Arya newspaper, one of the former commanders of the Revolutionary Guards (IRGC), who was also an intelligence agent, revealed that the Imam Reza shrine bomb explosion and criminal terrors of Priests have been committed by the Ministry of Intelligence and Security (MOIS).

This agent whose name is Akbar Ganji said in the interview, ‘the MIOS assassinated Priests who objected to our political ruling system and attributed [the crime] to the Mojahedin [PMOI/MEK]. This action rids us of Christian clerics in addition to demonizing the [Mojahedin],” according to the translated statement of the National Council of Resistance of Iran (NCRI) on December 6, 1999.

Emadeddin Baghi, a former member of the Revolutionary Guards (IRGC), wrote a book titled “The Tragedy of Democracy in Iran.” In 200 pages, he revealed some significant content over some suspect crimes like the Imam Reza shrine bomb explosion, and the assassination of Bishops and Sunni followers.

“The mafia, which Saeed Emami [then deputy minister of Intelligence and Security] was a member of them, achieved three goals with one operation. They removed their dissidents, Priests, Sunnis, Muslim and non-Muslim intellectuals. Then, they used [these] suspect murderers as a means in the fight against [Massoud] Rajavi’s group. [The mafia] accused and demonized [PMOI/MEK] by attributing the crime to Rajavi’s Mojahedin Organization,” Baghi indicated in his book. 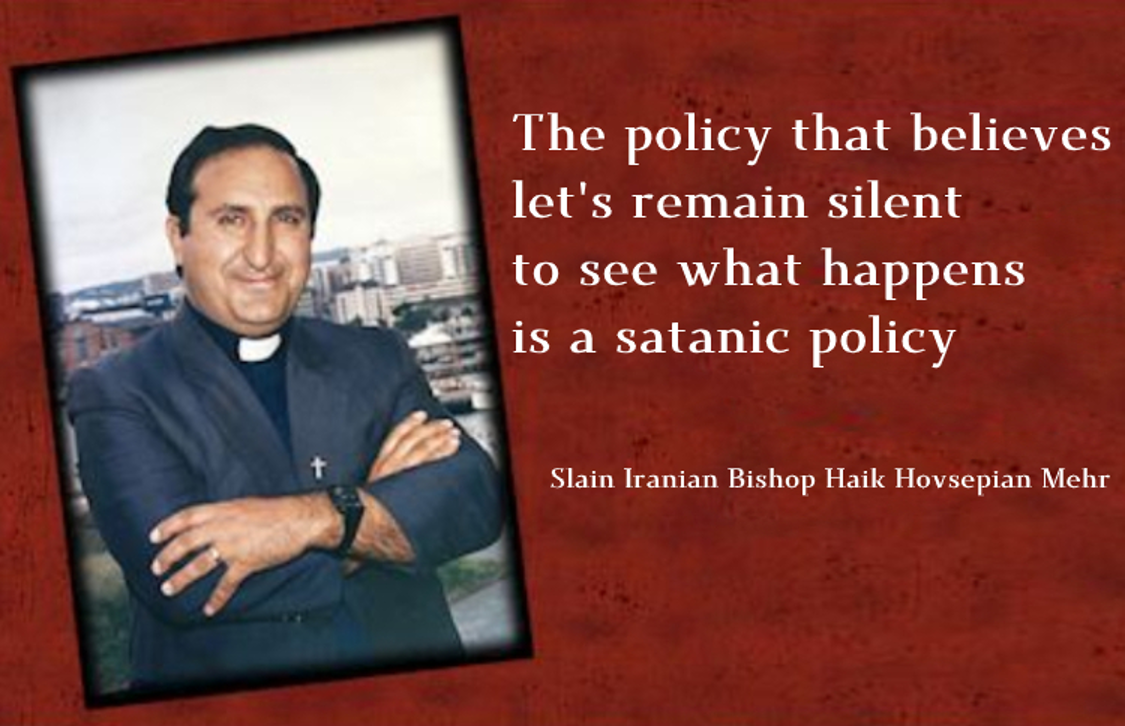 Massive Killing of Christians in Iran Under the Religious Tyranny

From January 1994 to June 1994, three prominent Christian leaders in Iran disappeared. The lifeless bodies of Bishop Haik Hovsepian Mehr, Priest Mehdi Dibaj, Bishop Tedhis Mikaeilian one after another were found while they were cruelly assassinated. All the mentioned leaders were renowned as freedom-loving and resistant against the government’s pressures on ethnic and religious minorities.

On January 19, 1994, Bishop Hovsepian Mehr was abducted by the agents of the Ministry of Intelligence and Security (MOIS) while on his way to the international Mehrabad airport. In evidence provided by human rights defender organization “Jubilee,” it is recorded that Hovsepian Mehr’s car has been identified in the parking of Evin prison. Jubilee’s investigation emphasized that “Bishop Hovsepian Mehr was killed by “the state’s agents” in Evin prison on January 19, 1994.

Two days later, Iranian outlets announced that the dead body of Hovsepian Mehr has been found in a forested suburb of Tehran. Authorities initially avoided delivering the lifeless body of the Bishop. Later, when Hovsepian Mehr’s family succeeded to receive the dead body, they witnessed the impacts of frequent stabs. Afterward, the terrorism operator targeted Priest Mehdi Dibaj.