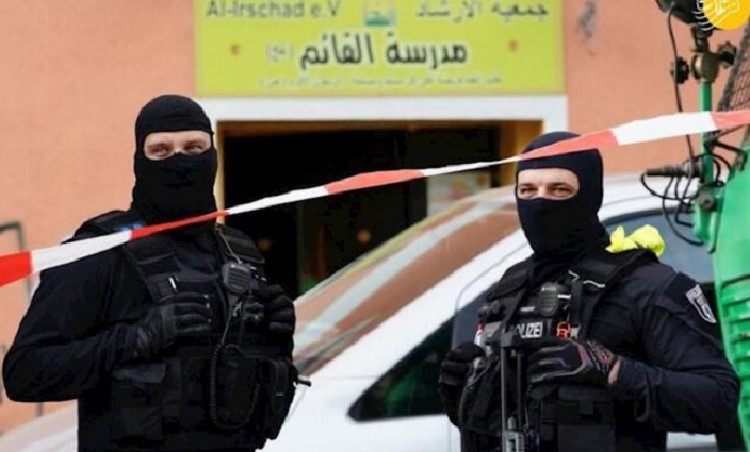 Earlier, the U.K. had designated the Hezbollah as a terrorist organization. In this respect, it seems that IRGC commanders and Iranian authorities try to prevent further failures in their adventurism. The ayatollahs are concerned about the European states restricting their terrorist arms and adopting a firm policy against Tehran’s 41-year aggression and malign activities.

Restricting and banning Hezbollah’s activities in German soil caused severe anger among Tehran’s leaders on the one hand and revealed their inability and despair on the other.

In this context, they could not take a common decision and this matter has been exposed in their contradictory remarks and statements. Contrary to the Hezbollah’s leader Hassan Nasrallah, Iranian authorities described Germany’s step as a “strategic mistake” or “publicity stunt.”

Also, secretary of the Supreme National Security Council Ali Shamkhani attempted to style the vicious Hezbollah’s agents as heroes. “The Islamic State of Iraq and Levant (ISIS/ISIL) did not reach Europe because it was stuck behind the walls of resistance [referring to Hezbollah],” Shamkhani tweeted on May 1.

An advocate of the supreme leader Ali Khamenei Mohammad Sadegh Koushki also portraited Hezbollah’s sanctioning as “Germany’s act of war against” the group. He also threatened Germany and Israel about Israelian captives, saying, “In the future, it will be impossible for Zionists to use Germany as an intermediary if one of them was captured by Hezbollah forces. Therefore, Zionists will have to find a solution,” Mashreq website quoted Koushki as saying on May 1.

However, two days later, Fars expressed its concerns about the Mojahedin-e Khalq’s (MEK/PMOI) activities against Tehran’s regime on European soil, in particular Germany. Then, it attributed Hezbollah’s restrictions to the death of the former IRGC Quds Force (IRGC-QF) commander Qassem Soleimani and vowed to take “harsh revenge.”

Afterward, on May 3, another state-run media Serat website reminded the arrest an Iranian senior diplomat Assadollah Assadi on German soil in 2018. At the beginning of July 2018, German authorities arrested Assadi on charges of spying and conspiracy to murder opposition group members in France. He was arrested by Germans after delivering a bomb to a Belgian-Iranian couple in Luxembourg for an attack on the gathering of the National Council of Resistance of Iran (NCRI). Assadi was later extradited to Belgium to stand trial along with the mentioned couple.

On May 4, Hassan Nasrallah eventually reacted to the issue, saying, “It was predictable.” He also described sanctioning his group as Germany’s surrender to the U.S.

However, Vatan-e Rouz daily called on the administration to show a “firm reaction” against Germany’s ambassador in Tehran.

In reality, the ayatollahs’ real concerns are about the international community’s new path to show firm response instead of appeasement to Tehran and its proxies. In this respect, as the Iranian government faces severe crises inside the country and abroad, such blows are able to disrupt their balance and pave the way for re-emergence of protests like November and January in the post-coronavirus period.

Reuters: Iran is considering a request from Germany to...