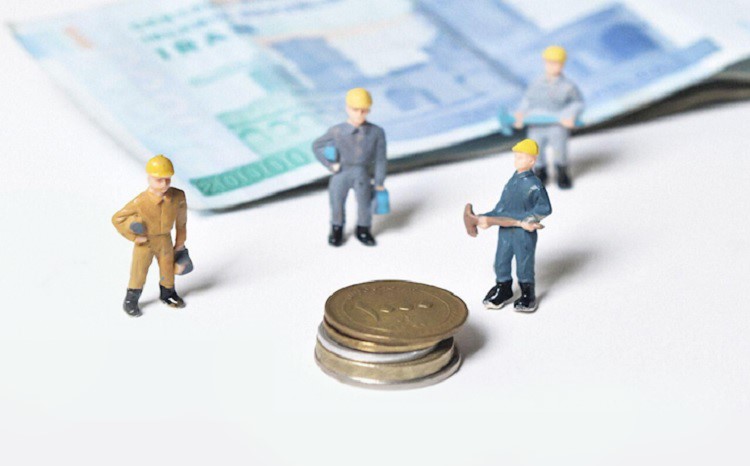 In Iran, given the systematic corruption and mismanagement, workers flagrantly suffer from lack of basic rights in comparison to laborers in other countries. Meanwhile, many of them do not receive their low wages and suffer from livelihood pressures.

They are also at risk of being fired if they protest unfair work conditions. Furthermore, in recent months, they met another ominous parameter under the name of the coronavirus, which has severely worsened their lives.

A Brief Look at Workers’ Lives

In this respect, Iranian media provide a moving view from the livelihood conditions of low-income segments of the society, which is seen in the decline of the purchasing power of low and middle-income classes.

“The country has experienced more than 100 percent inflation in the last two years. However, the salaries of workers and teachers have ultimately increased by less than 25 percent over the last year. This issue clearly shows that the annual purchasing power of these two groups has declined,” the Setareh-e Sobh daily wrote on May 3.

Earlier, on April 30, the Sharq daily pointed to a part of the disastrous situation of laborers, writing, “A high number of workers have become unemployed. Most of them are not covered by the benefits of labor law and unemployment insurance.”

The Hamdeli daily also revealed details about laborers’ difficulties in managing their lives based on the product basket. “The cost of the workers’ product basket was determined on the basis of the lowest quality goods. In other words, the basket was set by calculating the cost of buying rice with the lowest quality or fruit with the worst quality,” Hamdeli wrote on July 17, 2019.

A year ago, Faramarz Toufiqi, head of the wage committee of the Labor Council, said, “The product basket of working families for June 2019 is about $436, according to the latest details of the Statistics Center,” Ebtekar daily wrote on May 1, 2019.

However, in July 2019, the cost of the product basket exceeded $580 with a dramatic increase in inflation, according to ILNA news agency on July 6, 2019.

Starvation Wage is the wage that workers receive each month, but they cannot even provide food needs for their family, let alone pay for education, housing, water, and electricity. Starvation wages are much lower than the cost of food and beverages, and they are not enough for a minimal life, according to the International Labor Organization (ILO).

In this respect, the minimum laborers’ wages will not provide working families’ needs and they need several million tomans to merely be alive.

On July 30, 2019, Toufiqi estimated the gap between the workers’ minimum wages with the cost of product basket in an interview with the ILNA news agency.

“In March 2018, the household product basket was set at $291. This basket has increased in price by 57 percent until mid-April, and in this month, workers needed more than $224 of surplus wages to maintain their purchasing power.

“In May 2018, the product basket was equal to $453. Calculations show that the household basket had a price jump of 72 percent in May compared to March.

In this context, the Statistics Center’s calculations and information show a growing increase in the cost of product basket between April and July 2018. Remarkably, workers’ salaries did not increase during the same period and working families were left without tangible support on behalf of rulers.

However, the question is how Iran’s workforce must earn these exceeded expenditures? On September 15, 2019, the Eqtesad News website wrote about reasons for the country’s collapsed economy. “Widespread and inclusive corruption, which the first vice president called ‘systematic,’ has the bigger share in the country’s current economic turmoil,” Eqtesad News wrote.

President Hassan Rouhani affirmed that the implementation of the “increase in gasoline prices” plan will not affect inflation and high prices.

“The administration’s action in raising fuel prices will benefit the people and aid impoverished segments of the society,” Rouhani said.

However, on June 15, 2019, a member of the Expediency Council Ahmad Tavakkoli had told the ILNA news agency, “The purchasing power of workers who were receiving $280 per month has halved. But, did the administration double their salaries? No, it only raised the salaries by 20 percent, which means the remaining 80 percent of workers’ food basket is empty.”

In May 2019, Rouhani recorded a new phase of hollow claims. “Welfare issues for workers in the administration of prudence and hope have exceeded 27 times! It is very gratifying because workers need welfare centers, they need fun and entertainment,” the state-run T.V. Channel News broadcasted Rouhani’s claims on April 30, 2019.

However, in practice, workers’ living conditions were merely pushed below the death line. “Mr. Rouhani, many roofs of people’s homes have been damaged in poor districts. Regrettably, many noble citizens are unable to purchase some bread alone,” a member of the Majlis Mohammad Beiranvandi told the Parliament-owned news agency on October 24.

“Workers are not happy. The poverty line is spreading in different strata of society, especially among the toiling workers. Aren’t we ashamed for the grief of unemployed youths, single-mothers, homeless people, and all those who are falling victim to our imprudence?” another MP Mohammad Reza Badamchi said on the same day.

Life on the Brink of Death and Social Reflections

Given the profiteering policies of rulers, rising prices, and inflation have deteriorated the economic situation in society. In this respect, more than 50 million working-class families have shattered their financial capacity.

On the other hand, the increase in medical costs over the past few years has reached a point that many families are being pushed below the poverty line with just a single visit to the health center.

A year earlier and when the people did not need to deal with the coronavirus, Arman daily revealed moving truths about the health conditions and costs. “Increasing health care costs have reduced the number of people seeing a doctor. People were less likely to visit doctors because of rising costs and have removed things from their health baskets,” Arman wrote on June 23.

Notably, this year and amid the coronavirus crisis, the Majlis passed $111 as the minimum workers’ payment, which is multi-times below the poverty line.

“These days, the workers’ food basket is much smaller than before. In general, most basic items have been removed or reduced. The minimum wage that has been approved is not a figure that a person can live in Tehran alone, let alone a family of two or three,” Jahan-e Sanat daily wrote on May 3, 2019.

On the same day, an economic expert Hossein Raghfar told Jahan-e Sanat, “In the last 15 years, due to the huge oil revenues of the government, the government has reduced the working class with increasingly wrong policies. They are also construction workers who have become unemployed in the last two months, their food baskets are getting smaller every year, and basic items are being reduced from their baskets. The salaries of these people are only enough for 10 days of their lives.”

In this context, on May 1, the Mardomsalari website noted, “The current gap between wages and living costs is close to 70 percent. Therefore, these wages only cover 30 percent of the workers’ product basket, which will deepen the gap and increase workers’ dissatisfaction. In the end, the events of November 2019 should not be forgotten… Think about workers before they came onto the streets.”