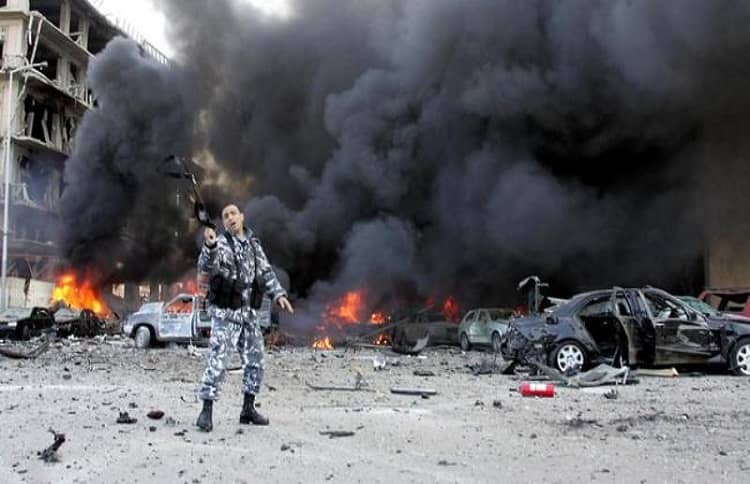 The United Nations’ special court for Lebanon ruled today that the Lebanese Hezbollah, which is affiliated with the Iranian Revolutionary Guards Corps (IRGC) was responsible for the 2005 assassination of former Lebanese Prime Minister Rafic Hariri.

For 15 years, the regime, the IRGC, and Hezbollah have done everything in their power, including diplomatic, economic, and terrorist leverage, to hide evidence and disrupt the investigation. They even hid the perpetrators and refused to hand them over to the court for interrogation.

In 2010, Iranian Supreme Leader Ali Khamenei even threatened the court during a meeting with the Emir of Qatar.

He said: “This court is a setup court, and any ruling it issues would be rejected. We hope that those in Lebanon who are influential and effective, act with wisdom so that the issue would not turn into a problem.”

The Foreign Affairs Committee of the National Council of Resistance of Iran (NCRI) wrote: “It is abundantly clear that [this assassination] was ordered by Khamenei himself, planned by Qassem Soleimani, and was part of the mullahs’ broader plan to dominate Lebanon completely. Once again, the court ruling shows that the only solution is to expel the Iranian regime from Lebanon and to cut off the tentacles of the Revolutionary Guards and its Lebanese branch from the country. This is the responsibility of the United Nations Security Council, the European Union, and all parties who want peace, security, and tranquility in Lebanon and the wider Middle East.”

In other news about Iranian proxy Hezbollah, massive protests against them erupted following the horrific explosion in Beirut’s port earlier this month, with protesters calling for “revolution”. These protests are terrifying to the regime, which has used the Iranian people’s money to fund terrorism for 40 years because it weakens the mullahs’ hold on the countries in the region and provides a model for the next Iranian uprising.

Even the state-run media are speculating that these protests could see the regime shut out of Lebanon and even Iraq.

While the NCRI wrote: “The current uprisings in Iraq and Lebanon, while the regime is being put under more pressure for its illicit activities, have shattered the regime’s warmongering machine and its so-called strategic depth… The uprising of the people of Beirut and the beginning of the collapse of the regime’s influence in Lebanon have also had a motivating effect on Iraqi people who have been protesting the Iranian regime’s meddling in Iraq since last October.”

The Shadow Army of Iran’s Regime Extends Its Activities in Germany, Authorities Warn

Washington Post: With a raid this week on a...