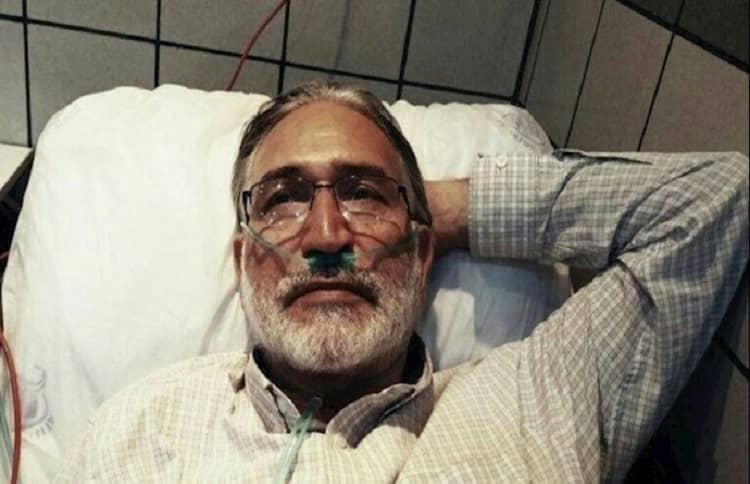 An Iranian political prisoner held in Evin Prison has been sentenced to eight months in prison, 148 lashes, and one year of exile in Tabas by a Mashhad Court.

Mohammad Nourizad, a journalist, director, and activist was given the prison sentence, exile, and half of the lashes for the “disruption of public order” charge made against him for attending a protest in front of the court over the case of university professor Kamal Jafar Yazdi. Nourizad was sentenced to 74 more lashes on the charge of “dissemination of false news”.

Nourizad’s lawyer, Mohammad Hossein Aghassi, said: “I believe that the verdict handed down for the charge of disruption of public order is completely wrong and it is not compatible with the actions of my client outside the court hearing of Kamal Jafari Yazdi.”

Nourizad was previously sentenced to 15 years in prison, two years of exile to Izeh, and a two-year on a ban from leaving the country in the first part of his case on the charges of:

In January, Nourizad sent an audio message from prison in which he said that he was contemplating suicide as a method of protesting the security forces’ harassment of his family.

The activists had signed a petition urging Khamenei to resign, which led all signatories to be arrested. Eight of them were put on trial without access to a lawyer and sentenced to 72 years in prison total in February, as well as many years of internal exile and bans on leaving the country.

Aghassi said in a tweet at the time that he was not officially notified of the ruling by the court and had to visit Mashhad to pick up a copy of the verdict in person.

The other seven activists were Hashem Khastar, Abdol Rassoul Mortazavi, Mohammad Hossein Sepehri, Hashem Rajai, Mohammad Hossein Pour Gonabadi, and Morteza Qassemi, and Fatemeh Sepehri. Six other people who signed the petition, which also called for changes to the constitution,  were not tried.

12 Inmates on One Ward Test Positive for Coronavirus