London, 15 Aug – Despite its claims of moderation, the government of Iranian president Hassan Rouhani has been taking increasing measures to limit women’s rights for freedom in the recent years. One of the ways the Iranian government is clamping down on women’s freedom is by limiting and dictating what they can wear. Women across Iran are now forced to wear the Chador – full black cover – in order to receive various public services, reports the Women’s Committee of the National Council of Resistance of Iran (NCRI).

Posters and banners have appeared all over Iran, dictating that women are not allowed to use certain public services, unless they are seen wearing the compulsory veil. The NCRI Women’s Committee have posted three pictures, which explicitly show how Iran’s current government is abusing the rights of women, thus directly breaching the UN’s Declaration of Human Rights which states that “everyone is entitled to all the rights and freedoms set forth in this Declaration, without distinction of any kind,” such as on the basis of their gender.

The three pictures reported on the NCRI Women’s Committee website show posters that prohibit women from using the National Library and the services of a clinic ‘Koswar,’ unless they wear the Chador. The poster outside the clinic reads “Beginning on July 23, 2015, this clinic will serve only women who wear the Chador.” 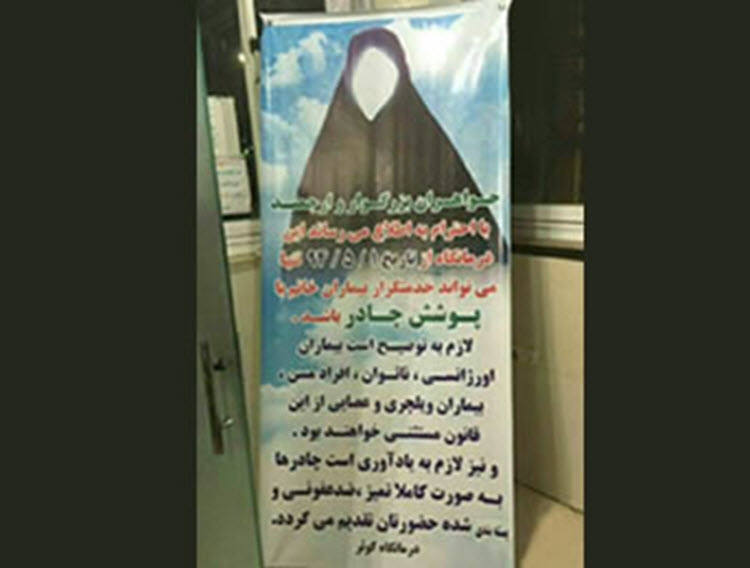 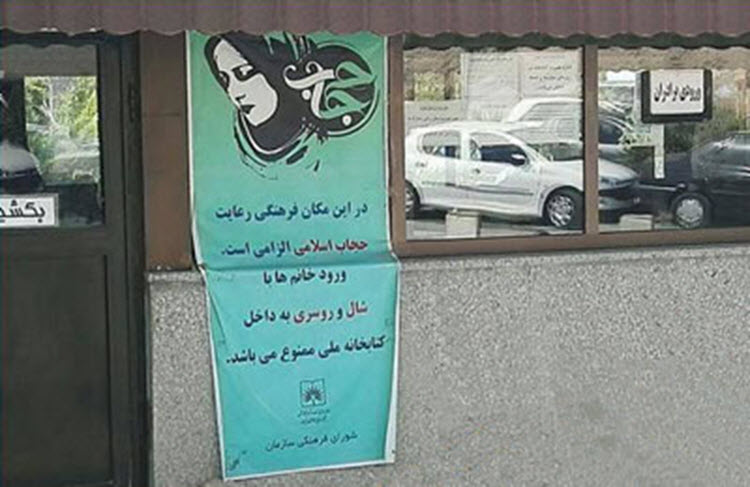 The third picture shows a billboard from the city of Chardangeh. With the words “My dear sister, these types of clothing are not suitable for Muslim women,” the poster forbids women from wearing clothes with logos or prints that contain writings in a foreign language and which are thus considered to be “un-Islamic”. 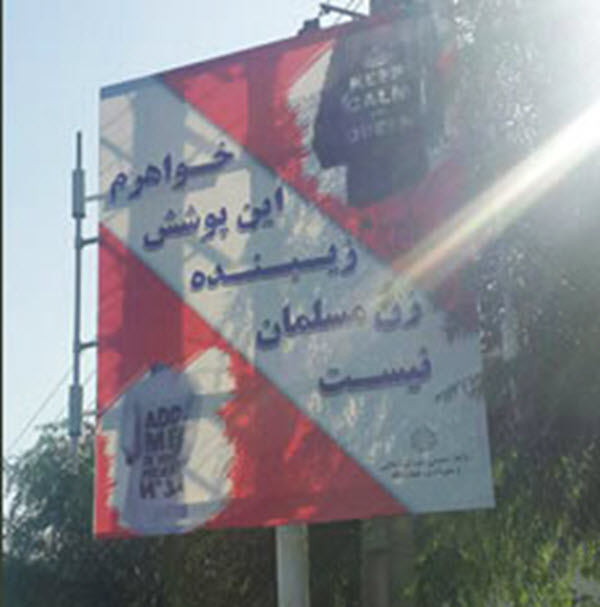 This propaganda campaign resonates with the recent raid on fashion stores in Iran, which saw the morality police close down over 15 women’s clothing stores and other acts against women, such as forbidding them from cycling in public. These acts are further endorsed by the country’s religious leaders and clerics, whose intolerant and superstitious claims suggest that women who dress in a Western fashion are the cause of national catastrophes that befall Iran.

Reuters: More than 300 Christians have been arrested since...

The talks in Vienna over the Iranian regime’s highly...