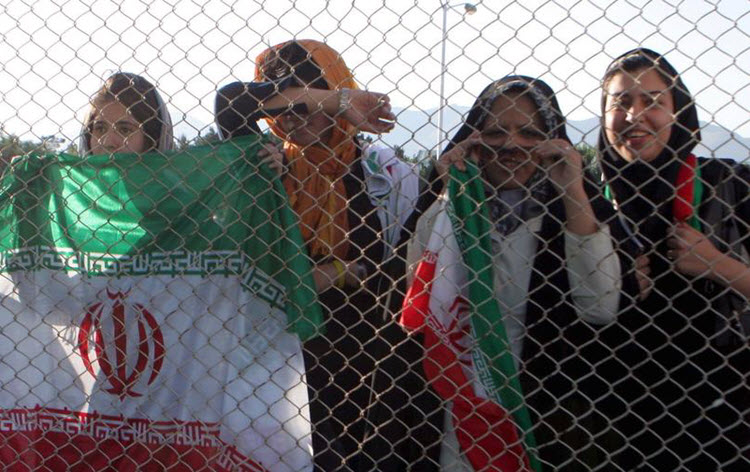 London, 6 Apr – An international marathon is due to take place in the Iranian capital tomorrow, but a top sports official in the country, Majid Keyhani, has said that women will not be allowed to run alongside the men – they will be forced to race in the Azadi sports centre. Nor is he able to confirm whether the 28 Americans who have registered will be allowed to participate in the race.

The TehRUN is described on its website as an opportunity for the building of bridges and the breaking of barriers.

Keyhani said that the names have been sent to the country’s Foreign Ministry for visas to be processed, but added that this process may take some time.

Sebastiaan Straten and his travel agency “Iran Silk Road” are the main organiser of the event. He said: “TehRUN is a run for international friendship and to promote street running to a large, young Iranian population. Iranians are one of the most hospitable people in the world and I am sure the crowd will show that on Friday to the runners.”

However, he did say that he does not like the fact that men and women are not allowed to race together. He said that he is trying to find other solutions so that women can participate in the same way as their male counterparts.

The suppression of women is nothing new in the Islamic Republic. Since the revolution, women have had strict rules imposed on them such as the obligatory headscarf. The women participating in the race tomorrow have been advised to wear a headscarf or bandana that covers their hair. They are told to wear long sleeved clothing that covers their hips. They have also been told not to wear shorts.

Males are banned from watching women compete, and vice-versa – women cannot watch male-only sporting events. It is for this reason that many female Iranian athletes have not been able to compete in international events.

Last year, Iran held a similar race in the city of Shiraz in the south. There were over 70 participants from around the world in that race, however no Americans took part. In this race it had been officially announced that women were not allowed to participate, but two women – Masoumeh Torabi and Elham Manoocheri – ignored this and ran anyway in protest (albeit separately from the men). Their names are mentioned as participants on the website by the organisers of the race.

Arrests made in Tehran Bazaar strike

Iran censors news of its censoring