AFP: Supreme leader Ayatollah Ali Khamenei has backed the Iranian government’s plan to scrap subsidies in the coming weeks, despite concerns from some conservatives of its inflationary impact. 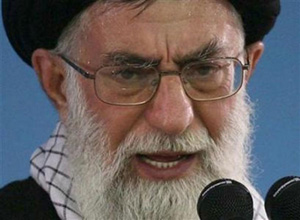 TEHRAN (AFP) — Supreme leader Ayatollah Ali Khamenei has backed the Iranian government’s plan to scrap subsidies in the coming weeks, despite concerns from some conservatives of its inflationary impact.

Khamenei has asked the government of President Mahmoud Ahmadinejad to “seriously apply… the plan for removing subsidies,” state news agency IRNA reported late Monday quoting the all-powerful leader as telling members of the government, including Ahmadinejad.

“The people have embraced you (Ahmadinejad) for slogans such as those seeking justice, adherence to religion and fighting arrogance,” Iran’s spiritual guide added.

“Thus, you should attempt to maintain these policies with determination and intensity.”

The government intends from late September to phase out subsidies on energy products, which according to official estimates cost state coffers around 100 billion dollars annually.

But the government has not yet indicated what the new prices will be once the subsidies have been removed.

Part of Iran’s ruling conservative camp has on numerous occasions expressed concern over the plan, saying it would further stoke inflation at a time when the economy is already reeling under high inflation and unemployment.

The Iranian parliament had particularly attempted to delay and limit the implementation of the measure by challenging the government’s sole authority to decide on how to distribute among the poor the savings generated from the scrapping of subsidies.

The government to date has not given a clear indication as to how much money it intends to distribute among the nation’s population.

Reuters: Iran has bought its first cargo of diesel...