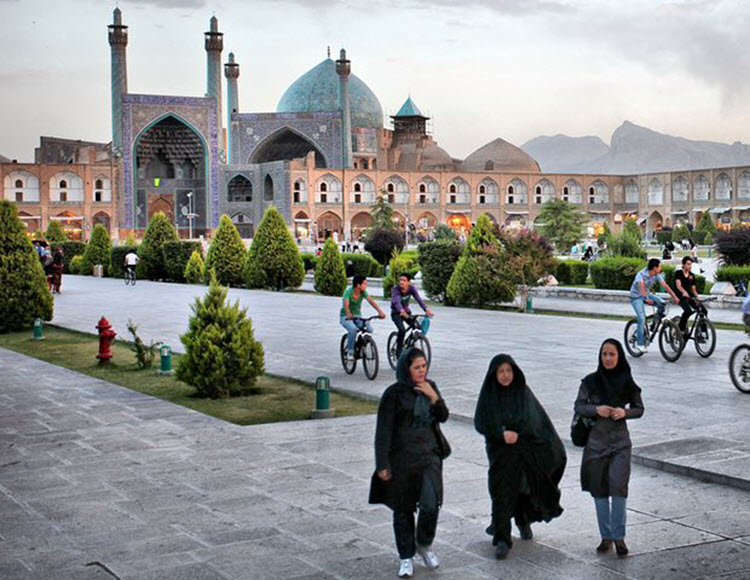 London, 15 Jun – Many women in Iran are getting on their bikes in deliberate defiance of the fatwa that bans them from cycling in public.

In order to protest the ban, which was introduced because high-ranking members of the Iranian Regime believe that female cyclists are a threat to morality, many women are not only cycling through Iran, they are posting it on social media using the hashtag #IranianWomenLoveCycling.

An Iranian woman with the username masih.alinejad wrote, on Instagram: “As far as we women and men are together, then no one can ban us from cycling or any other basic right. #iranianwomenlovecycling.”

Given the high levels of pollution in the country, mainly down to the Regime’s lack of environmental regulations, many women have chosen to combat this by cycling.

This movement kicked off in 2015 but was stalled soon after, when a group of women cyclists were stopped and arrested in Marivan, Western Iran, for cycling, despite there being no law against it at the time.

They were released after they publically pledged not to cycle in public again.

Then press reports circulated stating that women could still cycle, as long as they abide by the Regime’s strict dress code. Iranian women must be completely veiled in public, no matter the heat or the activity they are doing i.e.
running, driving, swimming.

Then, in September 2016, the supreme leader, Ayatollah Ali Khamenei, issued a fatwa against women cycling in public. However, women continued to resist and continued to cycle despite the threats.

Soon after, a mother and daughter posted a video of themselves cycling on the island of Kish, with the comment: “Cycling is part of our lives. We were here when we heard Khamenei’s fatwa banning women from cycling.”

Another woman said was “proud to resist the oppression”.

She continued: “I believe those who oppress us are wrong. Biking for women is not a taboo. And no one can tell me it is.”

The Guardian met a group of cyclists, including women, outside the Tehran Azadi stadium to discuss the ban.

One woman stated that she would continue to defy the ban and hoped to qualify for the Olympics.

Another woman, Fariba, a 36-year-old accountant, told The Guardian that she was excited to cycle.

She said: “And yes, I cycle through Tehran, no problem. I am not afraid of the police.”

Even in Isfahan, a bike-friendly city with cycle paths and a rental bike scheme, women are still banned.

EU to declare nuclear talks with Iran over: diplomat