US-Backed Forces Pushing Back Against ISIS in Raqqa and Mosul; ISIS Sends Generals to Area Held by US and Iran-Backed Troops 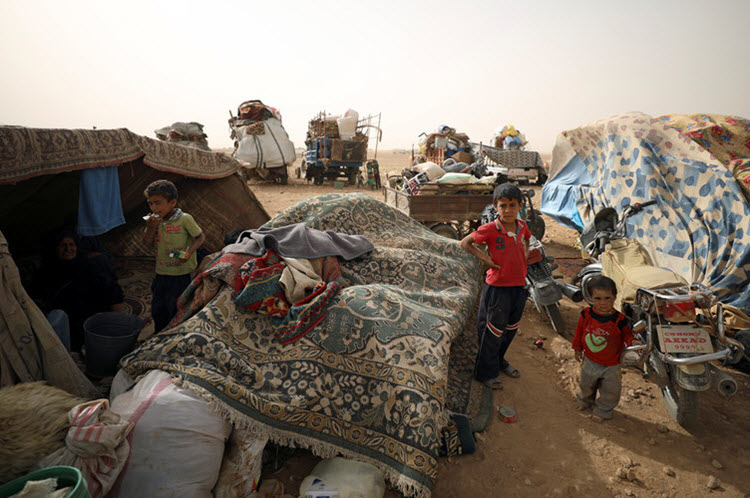 London, 14 Jun – Human rights groups plead for the safety of tens of thousands of civilians trapped in Raqqa, Syria, as the US-backed forces fight ISIS.

Human Rights watch issued a statement asking the troops to do all they can to protect innocent civilians.

Lama Fakih, deputy Middle East director at Human Rights Watch, wrote: “The battle for Raqqa is not just about defeating ISIS but also about protecting and assisting the civilians who have suffered under ISIS rule for 3½ years.”

Fakih continued: “Coalition members and local forces should demonstrate concretely that the lives and rights of the. . . civilians in Raqqa are a parallel priority in the offensive.”

The Syrian Democratic Forces (SDF) entered the city last week and have made quick progress, despite a US military assessment that the battle would be “long and difficult”.

The SDF fighters have been shelling the area heavily, which may have killed civilians, and erected relatively few defences.

An SDF fighter told Al Jazeera that his unit was clearing the area of ISIS booby traps and snipers.

Civilian reports are that there are snipers on the rooftops attacking anyone trying to leave.

The Syrian Network for Human Rights published photographs of a young girl, Naya Abo Haif, and said that she, along with her father and brother, had died in shelling the previous day.

One photo showed her as a smiling, happy, child in a Minnie Mouse dress, while the next showed her bloodied body wrapped in a green shroud.

The Office of the U.N. High Commissioner for Refugees is calling for help to secure land routes so its staff can reach the more than 100,000 displaced civilians across the province, who are running out of food and water.

Meanwhile, ISIS is also close to losing its Iraq stronghold of Mosul, thanks to US-trained Iraqi army units.

Given the pressures on ISIS in Raqqa and Mosul, they have sent senior leaders to Deir al-Zour province, Syria, which lies directly in between these areas.

However, US and Iran-backed forces were already fighting over the province to suit their own interests.

Iran wanted to create a land route between Syria and Iraq in order to fulfil its dream of a Shiite Crescent from the Persian Gulf to the Mediterranean, and make it easier to transport money, weapons, and troops across the Middle East.

This would particularly help them to supply help illegally to the Lebanese terrorist group Hezbollah, as they would not have to pass through checkpoints of other nations from Lebanon to Syria.

The US opposes the circumventing of international embargoes and wishes to take control in order to stop Iran from going ahead with the land border and because they are using the garrison there to train troops to fight against ISIS.

The US has fought back against Iran with defensive airstrikes but Iran may be closing in, having recently encircled the US-backed forces.

Iran says will never give up nuclear programme

Reuters: Iran said it would reject any EU proposal...