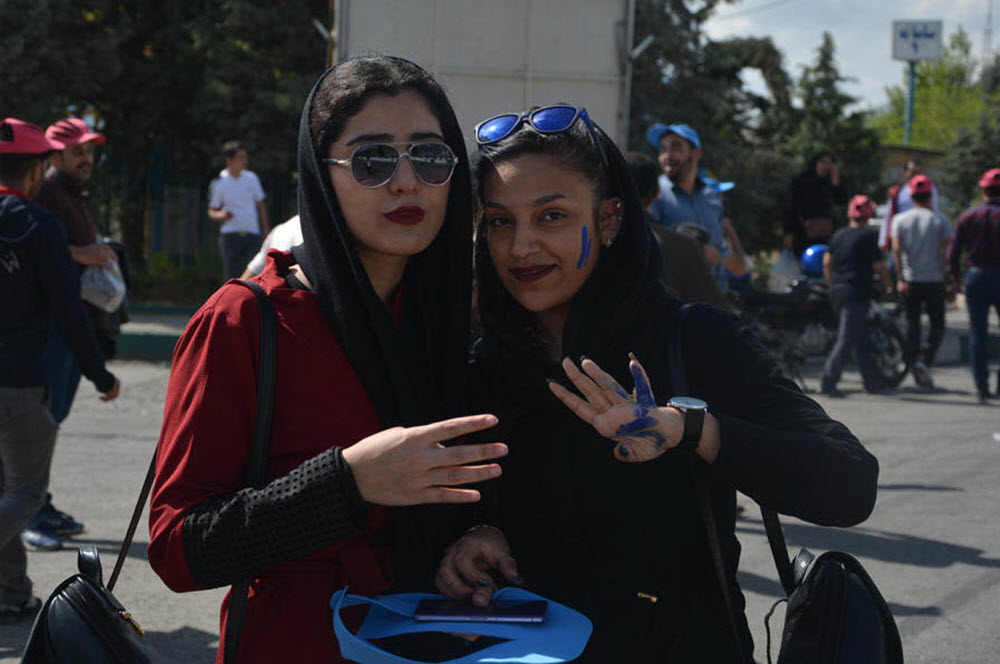 It seemed like the Regime’s sexist ban on women attending football matches when men are playing had been lifted, on Saturday, when the option appeared for women’s tickets for Iran’s World Cup qualifier against Syria.

Many women celebrated by buying tickets and expressing their joy and surprise via social media at being able to attend Tuesday’s match at Tehran’s Azadi stadium using the hashtag #IHaveTicket.

Football fan Arefeh Elyasi said: “I was extremely excited… it was unbelievable.”

Zahra Jafarzadeh even told that Shahrvand newspaper that she had bought a ticket despite not being a huge football fan.

She said: “I felt that if didn’t sign up, I would be missing a major event.”

However, the football federation of Iran later said that the tickets were sold by mistake and blamed technical problems.

The security director of Iran’s Football Federation, Mohammad Hossein Hamisi said that there no plans to allow the presence of women in Azadi stadium for the Iran-Syria match and that all tickets purchased by women would be cancelled and refunded.

He said: “There is no plan to permit the presence of women at the match. We strongly deny the rumours that have been published. All the rumours about this are far from reality… The Football Association, after learning of this shortcoming, will immediately follow up on this issue.”

Elyasi said: “Maybe we all knew that we would not be allowed to enter the stadium despite buying the ticket. But we wanted to make our voice heard by the officials.”

While Ghoncheh Ghavami, a British-Iranian woman who was imprisoned for four months in 2015 after attempting to watch a men’s volleyball match, urged female fans to continue buying tickets for the match in protest at the stadium ban.

She wrote on Twitter: “The empty seats will represent our voice.”

Iranian women are allowed to watch men play certain sports, including volleyball, basketball, handball and tennis, as long as they sit in segregated sections in stadiums.

However women are not allowed to watch men’s football, swimming or wrestling because of the “vulgar atmosphere”.

This is, of course, ridiculous and the footballers agree.

The sexist laws are not set in stone and can change with little to no notice. Back in 2014, women were suddenly banned from volleyball matches without any explanation but have since been allowed back in.

AP: Iran has inaugurated its own production of carbon...