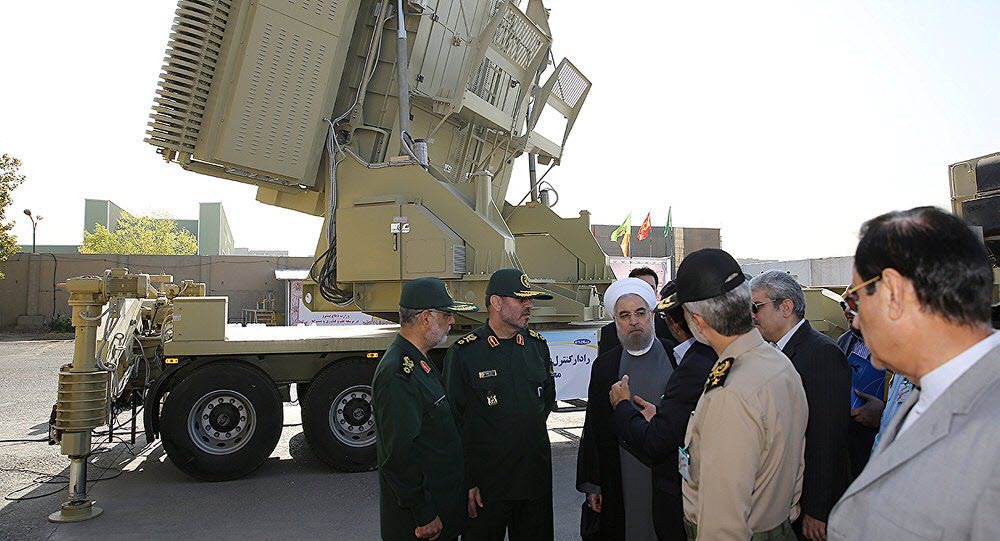 London, 5 Sep – The Iranian Regime has tested its first ever long-range missile defence system, according to Iranian state media.

Farzad Esmaili, head of the Revolutionary Guards’ (IRGC) air defences, told the Regime-affiliated outlet IRIB on Sunday, that work is underway on the new Bavar 373 system and it is expected to be fully operational by March 2018.

Iran already has a system to defend them against aircraft and cruise missiles, the Russian S-300, which was purchased back in 2010.

Due to international sanctions, delivery of certain parts of the system was delayed.

It finally went online in March following the implementation of the 2015 nuclear deal, which lifted economic sanctions against the Iranian Regime in exchange for curbs on Iran’s nuclear programme.

The Bavar 373 – which literally translates to “faith” – was designed after construction on the S-300 was stopped. It is intended to intercept long range, or ballistic weaponry.

Esmaili said: “The system is made completely in Iran and some of its parts are different from the S-300. All of its sub-systems have been completed and its missile tests have been conducted.”

Also this weekend, the new Iranian Defence Minister, Amir Hatami, bragged about a new plan to increase Iranian missile power, which is in violation of the nuclear deal and the UN Resolution that binds it, amid rising tensions between Iran and the US.

He said: “[Iran has] a specific plan to boost missile power [to increase] the combat capabilities of Iran’s ballistic and cruise missiles [over the next four years].”

Although the US has twice found Iran in compliance with the nuclear deal this year, they insist that the Regime is violating the spirit of the deal.

The UN resolution that backs the nuclear deal calls upon Iran not to “undertake any activity related to ballistic missiles designed to be capable of delivering nuclear weapons, including launches using such ballistic missile technology”.

Tensions between the two countries have been high since Donald Trump took office in January.

Almost immediately, he began to impose new sanctions against individuals for terror-related activities and a travel ban for citizens of Iran and six other Muslim countries.

Iranian President Hassan Rouhani recently warned that Iran’s nuclear programme could be restarted “within hours” if US “threats and sanctions” continue.

50 Years of Resistance: Five Reasons To Honor the PMOI

By Hamid Yazdan Panah This year marks the 50th...