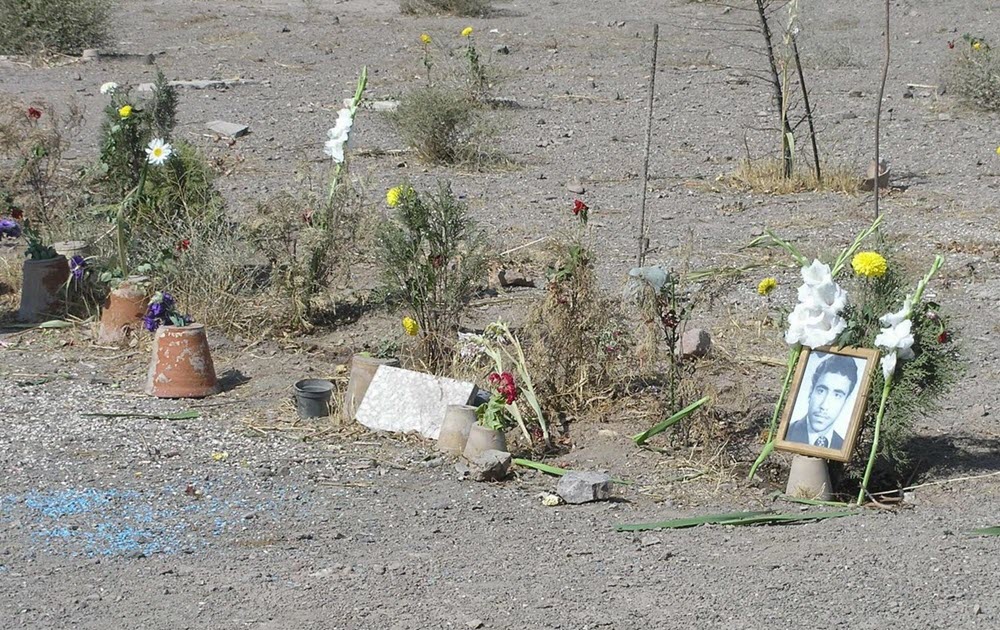 London, 5 Sep – Amnesty International launched a campaign to stop the Iranian Regime from destroying one of the mass graves in which some of the over 30,000 victims of the 1988 massacre are buried.

The grave in question, located in the southern city of Ahvaz, is of immediate concern because construction near the area has already begun and Amnesty is concerned about losing evidence which could bring the murderers, who are still being sheltered by the Regime, to justice.

Recent footage shows that the site of the mass grave is being buried beneath piles of construction waste.

Philip Luther, Amnesty International’s Research and Advocacy Director for the Middle East and North Africa, said: “Bulldozing the mass grave at Ahvaz will destroy crucial forensic evidence that could be used to bring those responsible for the 1988 mass extrajudicial executions to justice. It would also deprive families of victims of their rights to truth, justice and reparation, including the right to bury their loved ones in dignity. By joining Amnesty International’s campaign, people can help to press Iran’s authorities to stop the imminent destruction of the site.”

He continued: “Instead of desecrating the mass grave with piles of rubbish and waste and further tormenting families, who face repression for their efforts to protect the memory of their loved ones, the authorities should be upholding their duty to preserve all Iran’s mass grave sites so that investigations can be carried out into the 1988 extrajudicial executions and other mass killings.”

The 29th anniversary of the massacre has recently passed but not a single person has been brought to justice.

The National Council of Resistance of Iran (NCRI) said: “The victims of this atrocity, known as one of the worst crimes in Iran’s modern history, were commemorated by an exhibition as well as street and music performances by Iranian renowned artists and musicians. Upon a fatwa by the first Supreme Leader, Khomeini in July 1988, more than 30,000 political prisoners, the overwhelming majority of whom were activists of the People’s Mojahedin Organisation of Iran (PMOI/MEK), were executed in a few months and were buried in secret mass graves.”

Amnesty is calling on people from around the world to join the campaign by sending appeals to Ahvaz City Council and Iran’s High Council for Human Rights and using the hashtag #MassGraves88 on social media to promote the campaign.

A separate campaign by the Iranian Resistance is calling for justice for the victims of the massacre; they held a rally in London on Saturday to call on the UK government to establish an independent committee to investigate.

Reuters: Congressional negotiators are trying to finish work on...