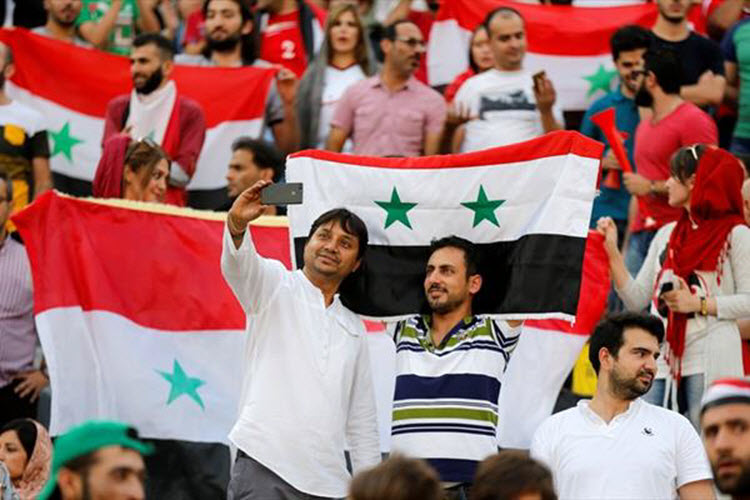 London, 8 Sep – On Wednesday, a day after female lawmakers were permitted to attend the World Cup qualifier against Syria, the website of Iran’s main stadium was hacked. This came with a demand that women be allowed to watch football matches.

During Tehran’s Azadi stadium last-minute equaliser by the visiting team, at least two female lawmakers were present. This is believed to be the first time Iranian women were allowed to watch a men’s match since the 1979 Islamic revolution.

ISNA news agency reported on the next day that the stadium website had been hacked, and a banner appeared for several hours across the front page, saying, “Let Iranian women enter their stadiums”.

Following a request by lawmaker Tayebeh Siavoshi, the Ministry of Sport had granted special permission for female members of parliament to attend the Syria to attend the match. Some women MPs rejected the offer.

Parvaneh Salahshouri, a member of parliament, told the reformist Shargh newspaper, “At a time when girls of this country have no choice but to dress as men to get into the stadium, I as a representative of these people would not like to be present in the stadium by receiving a special permit.”

But Siavoshi told the Etahmad newspaper that she accepted the invitation, as it was a sign of progress. “I believe we should make officials hear our demands through proper channels. I went to the stadium for this very demand,” she said.

According to the Tasnim news agency, Sports Minister Masoud Soltanifar said, “We will try to pave the ground for the presence of families in stadiums by consultation and coordination,” suggesting that further change could be coming. “I am confident that the fans would respect boundaries which need to be respected,” he added.

Many noted the presence of Syrian women in the crowd at Azadi stadium on Tuesday night, as female foreigners are allowed to attend matches. This prompted one of the announcers on state television, to comment that it was “a shame” that Iranian women were barred.

Because the atmosphere is considered too vulgar, women are not allowed to watch men’s football, or some other sporting events such as wrestling. but, many gather outside the stadium during matches as a protest, while others sneak through the gates disguised as men.

President Hassan Rouhani’s promise of greater freedoms for women helped secure him re-election in May. He faces criticism from reformists after he failed to appoint even one female minister. His defenders say he has appointed several women outside the cabinet, but is attempting to avoid a clash with the conservative establishment.

Earlier this week, female football fans were allowed to buy tickets for the Syria match, but then officials claimed this occurred due to a “technical glitch” and that their tickets would be refunded.

By Pooya Stone “When we talk of asymmetric warfare,...