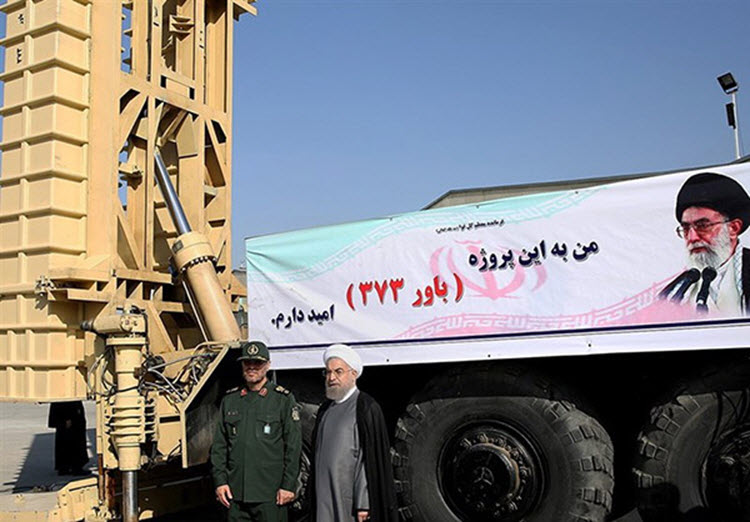 London, 8 Sep – Right now international media and attention is directed towards North Korea. Iran is taking the opportunity to advance its weapons technology.

Iran recently announced that their new Bavar 373 long range, mobile, anti-missile defence system had been successfully tested. Iran is self-sufficient in the manufacturing of this weapons and no assistance from abroad is needed.

When sanctions were imposed on Iran in 2010, it retaliated by developing the Bavar 373 system. Iran also saw it as a necessary move after it realised Russia would not be able to provide the S-300 long range mobile missile defence system as promised.

Iran subsequently took Russia to court for breaching the contract after it had paid Russia for weapons that were never delivered.

In any case, the Bavar 373 is extremely similar to the S-300s it was supposed to receive.

Russia finally delivered the whole S-300 order in March 2015, but at this stage Iran had almost finished its Bavar 373 system. Thus it was decided by Iran to use both systems.

It is expected that the Bavar 373 will be fully operational by next March, at which time the S-300 will be completely outdated. The Russia system was first produced almost forty decades ago and has been described as poorly performing.

Furthermore, the programming is not efficient and readjustment is poor. The new S-400 system, however, does not have such issues.

Iran has spoken extensively about its Bavar 373 system, but not many Western media outlets paid any attention. On the other hand, Israel and Russia have picked up and commented on it.

Iran is not breaching the 2015 nuclear deal by designing and manufacturing such weapons. During the embargo, countries were banned from selling weapons to the Islamic Republic. Now that the deal is in place, Iran has restrictions on developing and producing chemical, biological and nuclear weapons, but surprisingly there are no bans on defensive weapons like the Bavar 373. Neither are there any restriction on importing or exporting defensive systems to Iran.

Iran, always the opportunist, currently has North Korea to thank for providing them with a much needed diversion. It can continue to carry on with its activities that pose a great threat to security and peace around the world and it will revel in progressing without any checks or challenges.

Letting Iran continue as it is will result in a threat that rivals, and even surpasses, that of North Korea.

Two years on, Iran is the only clear winner of war on Saddam

The Times: Through a combination of arms, money and...