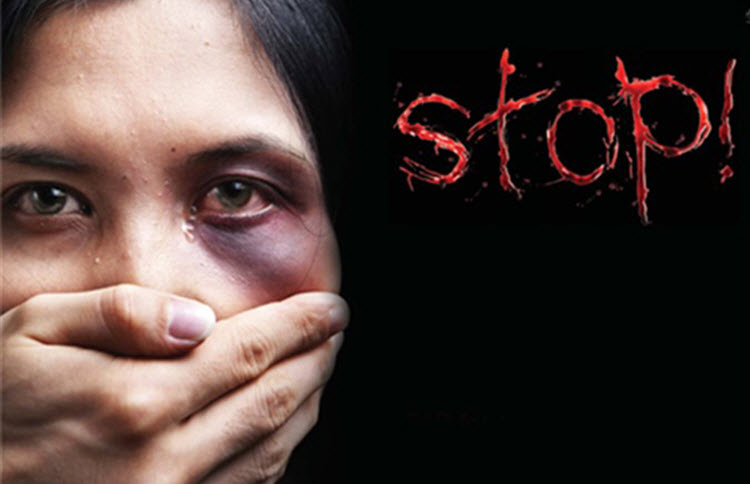 London, 26 Feb – Several top Iranian officials, including the vice president for women’s affairs, have publically questioned the decision by a state-run broadcaster to air a programme that risked normalising domestic violence and encouraging victims to stay in abusive relationships.

The Formula One show last week aired an interview with a self-described abusive husband and his wife, where the man explained that despite 20 years of constant abuse on his part and 27 attempts by his wife to divorce him, the couple has stayed married.

At one point, the couple did divorce, but the husband said that they had only separated for 60 days while joking that they deserve a place on the list of Guinness World Records for the number of divorce requests they have made.

In any other TV show, a husband joking about beating his wife would be unthinkable and the host would condemn him, but not this one. When the husband admitted to beating his wife on their wedding night, the moderator laughs and plays it off as if the husband had merely lost his wedding ring.

The moderator even turns to the camera to confirm that the show was neither “promoting” domestic abuse, nor saying that what the husband did was wrong. Of course, violence against women doesn’t really have a middle ground. You either condemn it or you’re a terrible person.

Now, the husband did most of the talking in this interview, as you would expect, but occasionally the host would direct questions to his wife, who defended her husband, even though she looked uncomfortable, and was pressured into saying that the violence was okay.

Massumeh Ebetkar, the vice president for women’s and family issues in President Hassan Rohani’s cabinet, asked, via the banned messaging app Telegram, what the point what to this interview, except to normalise violence against women.

While Communications Minister Mohammad Javad Azari Jahromi said: “There is no need to teach women to tolerate beatings to consolidate families.”

Parvaneh Mafi, the head of the women’s faction in the Iranian parliament, said that this broadcast promoted domestic violence and weakened women’s place in families.

Mafi asked, in a letter to state broadcasting director Ali Askari: “How would you feel if a man says with a laugh to the camera that he’s been beating his wife from the first day of their marriage while a woman who is sitting next to their daughters talks about multiple unsuccessful attempts at divorce?”

Of course, non-politicians were quick to condemn the programme as well.

Fararu website also asked whether this would lead to an increase in “the culture of acceptance and humiliation of women” when official data show that 60% of Iranian women have experienced domestic violence at least once in their life and many women are already suffering in silence because of the social stigma surrounding domestic abuse.

Wall Street Journal: In a surprising—and irony-rich—byproduct of the...