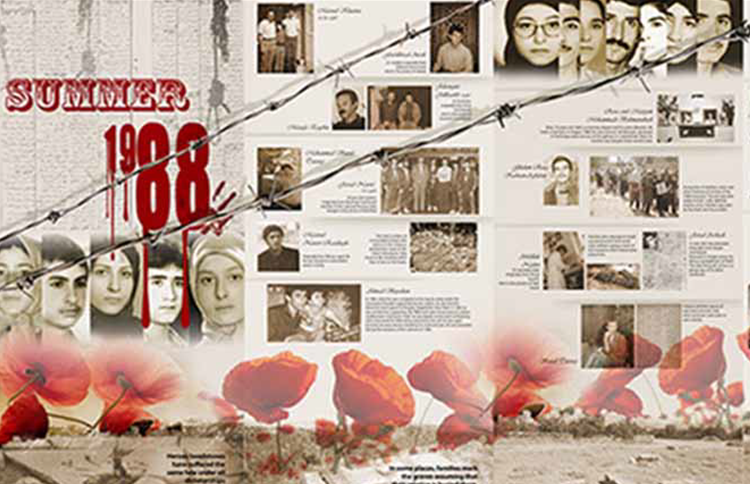 Amnesty International has released a statement condemning the recent comments by a senior Iranian official defending the 1988 prison massacres and pointing out that the comments confirm that the regime has been breaking international human rights laws for over 30 years and give a sense of the sense of impunity those involved have been enjoying.

Mostafa Pour Mohammadi, advisor to Iran’s head of the judiciary and a former minister of justice, accused those seeking justice for the massacre, including survivors, family members of the victims, and human rights defenders, of “terrorism” and “collusion” with Iran’s enemies, even threatening them with prosecution or the extermination of the Iranian Resistance. Worryingly, this was what the Regime before the 1988 massacres.

Pour Mohammadi, who sat on the Death Commissions during the massacre and sent thousands to their deaths, said: “Now is not the time for talk. Now is the time to fight them, now is the time to subdue them. Now is the time to conduct prosecutions. It is time to put the criminal world that defends terrorism in its place. Now is not the time to give legal answers and say for example, ‘this judge acted well’, ‘this judge acted poorly’ or to ask whether this file was closed properly… But, the issue is not about a mistake having been made. This whole issue is immaterial and does not merit attention. But, I think once, God willing, we get rid of the [Resistance], then these matters will become more clear with greater detail.”

Amnesty said that his comments, coupled the appointment of fellow Death Commission member Ebrahim Raisi as head of the judiciary, means that activists, survivors, and relatives are at increased risk of harassment and persecution.

The rights groups said that Iranian officials must not be allowed to evade justice through disinformation campaigns or threats of reprisals, which is why they are urging the UN and its member states to speak openly and firmly against the systematic impunity surrounding the massacre and eventually bring those responsible to justice.

They highlighted their December 2018 report “Blood-soaked secrets: Why Iran’s 1988 prison massacres are ongoing crimes against humanity”, which assessed that these crimes against humanity include murder and the “ongoing systematic concealment of the fate of the victims or the whereabouts of their remains”, which amount to enforced disappearance.

Amnesty said: “The international community must explore concrete pathways to truth and justice, with a view to ensuring that those suspected of responsibility are prosecuted in fair trials without the imposition of the death penalty and to providing families of victims with reparations in accordance with international standards. The reparations should include facilitating both the return of the human remains of deceased victims to family members and the performance of funeral and cultural rites for the dead.”

In the summer of 1988, approximately 30,000 political prisoners, primarily affiliated to the opposition People’s Mojahedin Organization of Iran (PMOI, Mujahedin-e Khalq or MEK) were mass executed for refusing to renounce their opposition to the regime.