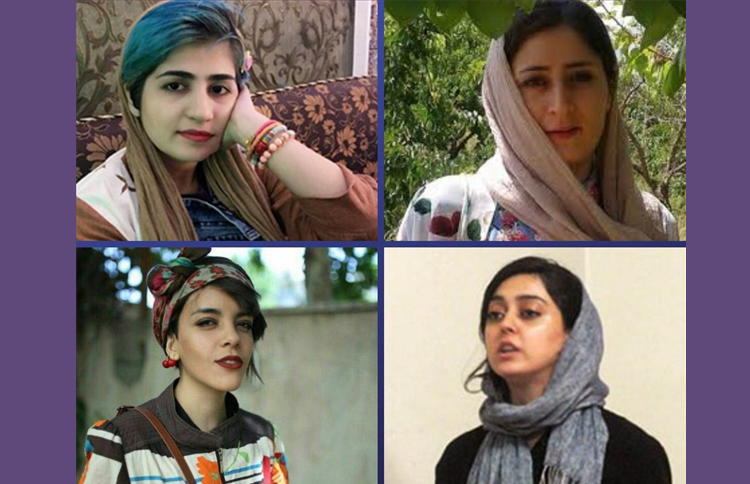 Four female political prisoners were brutally attacked by regular inmates, who were incited by prison officials, in Qarchak Prison, also known as Shahr-e Ray Prison, in Iran, on Monday, July 29 at about 7 pm.

One of the prisoners who attacked Yasaman Ariani, Neda Naji, Atefeh Rangriz, and Sepideh Qolian, had recently been released from a mental hospital and was referred to in some reports as “deranged”.

Rangriz was eventually taken to the dispensary due to severe injuries, while Ariani’s face was injured and she suffered bruising all over her right arm and both legs.

Why did prison authorities want the women attacked?

Well, female political prisoners had been insistent on the need for the authorities to take a fellow inmate, Saba Kord Afshari, to the dispensary for medical treatment after she passed out. The delay in observation only made her condition worse.

Eventually, a nurse arrived in the ward but did not bring a blood pressure gauge or a stretcher to carry her. Afshari was then wrapped in a blanket and finally taken to the dispensary where she was insulted by the nurse, Teymouri, and the physician, Hamed-Yazdan.

At this point, Ariani verbally confronted the prison’s medical authorities and they incited the inmates to attack her.

Afshari was left unattended at this point and blacked out again. Eventually, she was given an injection and intravenous serum by the dispensary’s physician before being sent back to the ward.

On Tuesday morning, Afshari, Ariani, Monireh Arabshahi, and Mojgan Keshavarz, staged a sit-in outside the prison’s office to protest the lack of safety for female political prisoners at Qarchak Prison.

While Naji’s husband, Jamal Ameli, tweeted that if anything happens to his wife or other political prisoners held in Qarchak Prison, the Judiciary and its officials would be to blame because they “deliberately violated the principle of separation of different prisoners’ categories”; something illegal under Iranian and international law.

Female political prisoners in Qarchak Prison have been repeatedly attacked by regular prisoners who were incited by prison officials. It’s a common intimidation tactic used in Iran. The women are not only scared of being injured or killed during the attacks but also have to worry about contracting various illnesses, i.e. Hepatitis and AIDS, because many of the other prisoners are drug addicts.

In a related matter, labour activist Anisha Assadollahi was transferred from the Intelligence Ministry Ward 209 in Evin to the women’s ward.