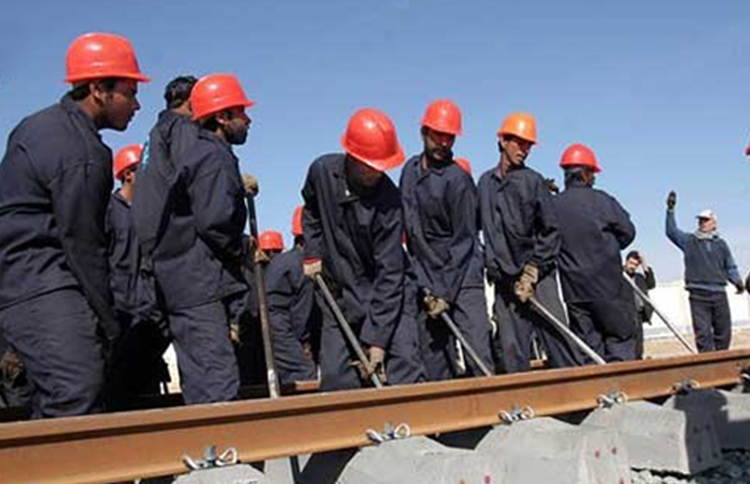 Iranian rail workers have continued their strike action this week by blocking the tracks that link the port of Bandar Abbas in Hormozgan Province by the Persian Gulf to the capital Tehran for two consecutive days on Monday and Tuesday.

The state-run ILNA news agency said that rail workers are on strike to protest that their wages have not been paid in three months.

Of course, they’re not the only ones. In Shazand area, there was another strike on Tuesday by rail workers who have not been paid for two months. In Ahvaz, Khuzestan Province, 150 railway workers went on strike to protest the delayed payment of their wages.

While workers across the southern Kerman Province, including Ahmadabad, Rafsanjan, and Sirjan railways, went on strike earlier this week to protest delayed payments.

Some workers told journalists that the problem has only gotten worse since parts of the railways’ operation were privatised in May.

In related news, workers at the Damash mineral water company went on strike last month after production stopped in the factory because the employer failed to provide the required resources for production. The company had been handed over to Iran’s Bank Melli in 2016 as its owners were unable to pay their debts.

Recent news about unrest in Iran says that over the past few months there have been dozens of labour-related protest gatherings and strikes by workers who are increasingly unhappy about their financial situation and welfare.

That is not surprising given the economic crisis in Iran at the moment. The Iranian rial has lost most of its value, inflation is soaring, and unemployment is steadily rising. This means that ordinary people are paying much higher prices for basic goods, like food and medicine. At the same time, employers are often failing to pay wages.

The cause of the economic crisis is corruption and mismanagement by government officials, according to Iran experts.

The Ayatollahs Hope U.S. Elections Will Save Them from Public Outrage

It was reported on Thursday that a number of...