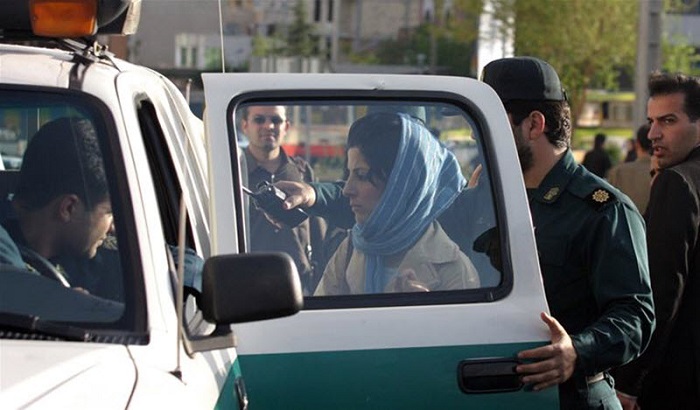 A female political prisoner was transferred to ward 2A in the notorious Evin Prison, which is used by the shadowy Iranian Revolutionary Guards (IRGC) and the Ministry of Intelligence and Security (MOIS) to put prisoners of conscience under more pressure.

Yasaman Aryani, who was formerly on the women’s ward in Evin, was transferred on October 5, 2019, and her family was only informed when they went to visit her.

Aryani, who is serving 16 years for her civil activism, was last arrested on April 10. She had previously been freed in early 2019, after her initial arrest in summer 2018 and sentence for “disrupting public order”.

Mistreatment of the mothers of political prisoners in Iran

Meanwhile, Farangis Mazlomi, the mother of political prisoner Soheil Arabi, has been held in solitary confinement at Ward 209 of Evin Prison for three months.

Mazloumi, who is now officially charged with “propaganda against the state”, “association and collusion”, “participating in illegal gatherings”, and “communicating and giving interviews to dissident groups”, can be freed on a bail of 400,000,000 tomans (roughly $3,478). However, her family cannot afford to pay that, even though they are desperate to free her because of her poor physical and psychological health.

Also on October 5, the 75-year-old mother of political prisoner Kamran Darvishi was beaten by prison guards because she was carrying a hands-free radio with her.

In separate news, two female political prisoners – Atefeh Rangriz and Sepideh Qolian – have held a sit-in protest at the notorious Qarchak Prison in Varamin to advocate for two non-political prisoners detained there – Soqra Eftekhari and Akram Bayrami. Eftekhari and Bayrami are being kept under harsh conditions in solitary confinement, so Rangriz and Qolian have said that they will go on a hunger strike if their demand is not met.

A female Gonabadi Dervish, which is a member of a minority religion in Iran, was summoned to the Evin Prosecutor’s Office recently for her final trial. Faezeh Abdipour was arrested during the December 2017-January 2018 uprising and sentenced to 12 years in prison, 74 lashes, two years in exile in Borazjan, and a two-year ban from social activities and leaving the country.

While student activist Sepideh Farhan will have to serve two years in prison for her peaceful activism following her appeal to a previous sentence of six years and 74 lashes.