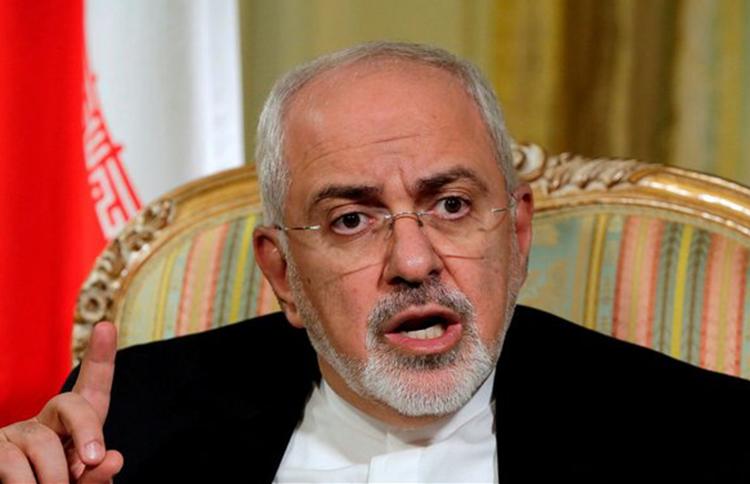 Iranian Foreign Minister Mohammad Javad Zarif said Thursday, in an op-ed for the Kuwaiti Al-Rai newspaper, that either all Gulf countries should enjoy security “or they will all be deprived of it”.

This ominous threat comes amid rising tensions between Iran and other Gulf countries and the West after attacks on Saudi oil plants in Abqaiq and Khurais on September 14, which Saudi Arabia and several Western countries blame Iran for.

Iran denied the charges, with the Iran-backed Houthis in Yemen claiming responsibility, but Saudi Arabia rejected this because an attack coming from Yemen would have been spotted and prevented by the Saudi air defense missile system.

This is also disproved by evidence from inside the Iranian government that was gathered by the People’s Mojahedin Organization of Iran (PMOI, Mujahedin-e Khalq or MEK) and released by the National Council of Resistance of Iran (NCRI) in late September.

The NCRI advised that the attack was approved and directly ordered by supreme leader Ali Khamenei. The NCRI cited that the tactical command headquarters for the operation was deployed from Tehran to Khuzestan province one week before the attack and that the missiles used were Ya-Ali cruise missiles produced by the Thames-ol A’emeh Industries situated in Tehran. They also said that this was known about by Zarif, Iranian president Hassan Rouhani, Iranian Revolutionary Guards Corps (IRGC) Major General Gholam-Ali Rashid, and Brigadier General Hajizadeh.

NCRI-US Deputy Director Alireza Jafarzadeh provided a detailed timeline of the attacks from July 31, when the plan was approved by Iran’s Supreme National Security Council (SNSC), to September 22, when a new batch of IRGC air force troops entered Omidiyeh base. He advised that another attack is coming, but it is unclear what, where, or when that will be.

Saudi Arabia said that it would prefer to resolve its differences with Iran, which is involved in several proxy wars with, politically rather than militarily.

The United States and Saudi Arabia have also blamed Iran for the attacks against six oil tankers in May and June; a charge Tehran also denied.

The state-run Iranian news agency IRNA reported that in the piece, Zarif also called for additional dialogue between the countries of the region, including Saudi Arabia, without the interference of foreign powers. This will be read by many as Iran wanting to discourage observation from the US and Europe so that Iran can continue their meddling in the Middle East.

The inflation rate in Iran in June was like...