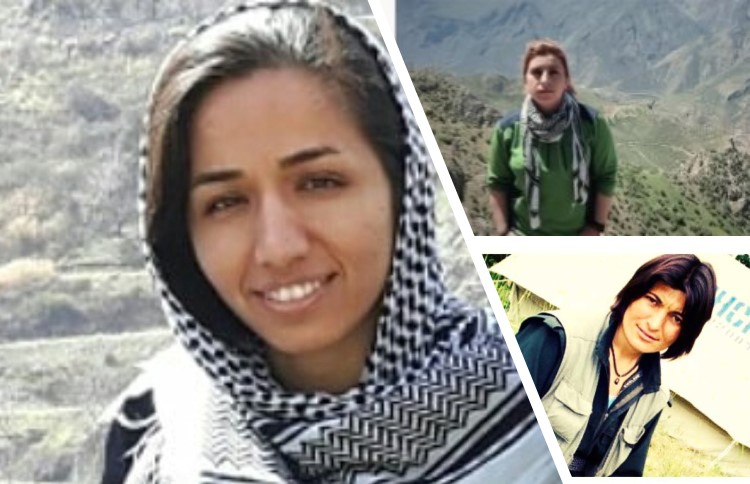 Multiple female Kurdish political prisoners in Iran have been prosecuted, detained, and give exceptionally long prison terms in the past month, as part of the regime’s 40-year-long persecution of ethnic minorities, designed to keep the mullahs in power.

Zahra Mohammadi was sentenced to 10 years in prison by the Sanandaj Revolutionary Court on July 12 for teaching the Kurdish language. She signed pre-written confessions because the Ministry of Intelligence agents and interrogators threatened to arrest her family if she refused.

Social media activists protested the ruling through a Tweetstorm on July 21, while Mohammadi’s students published a statement saying that “if teaching and learning Kurdish is a crime, we are all proudly guilty. Zahra Mohammadi is not alone; all of Kurdistan is Zahra Mohammadi”.

Sakineh Parvaneh ended her hunger strike in the first week of July, having been on it since June 18, after she was transferred to Evin Prison from Qarchak Prison. Her strike was in protest to the harassment that she was subjected to and the pressure on her family.

Parvaneh was arrested on February 7 by the Ministry of Intelligence agents and held in solitary confinement in Ward 209 of Evin Prison for 10 days, before being transferred to the women’s ward. She was then transferred to Qarchak Prison after writing slogans in Evin and during this time she was placed in solitary confinement for 4 days and moved to Aminabad Psychiatric Hospital for 25 days.

She was consistently denied a lawyer.

Environmental activist Faranak Jamshidi, a member of the Kurdistan Green Society, was arrested on June 28 by the Ministry of Intelligence agents on the charges of “propaganda against the state” and “acting against national security”.

She is still being interrogated at the detention center at the Sanandaj Intelligence Office.

Zeinab Jalalian, who is serving a life sentence, was transferred to an unknown location on June 25, after being on the quarantine ward of Qarchak Prison because she’d contracted the coronavirus. It was revealed earlier this month that she’d been in solitary confinement at Kerman Prison.

She’d gone on hunger strike on June 20 in protest to her continued imprisonment and the torture she suffered at the hands of guards. In April, she was moved from Khoy Prison to Urmia and Kermanshah, to the Evin Prosecutor’s Office, and finally Qarchak Prison.

From engagement to confrontation with Iran

BBC: Statements out of Washington and other Western capitals...