Iran: Inside the Free Bitumen Plan 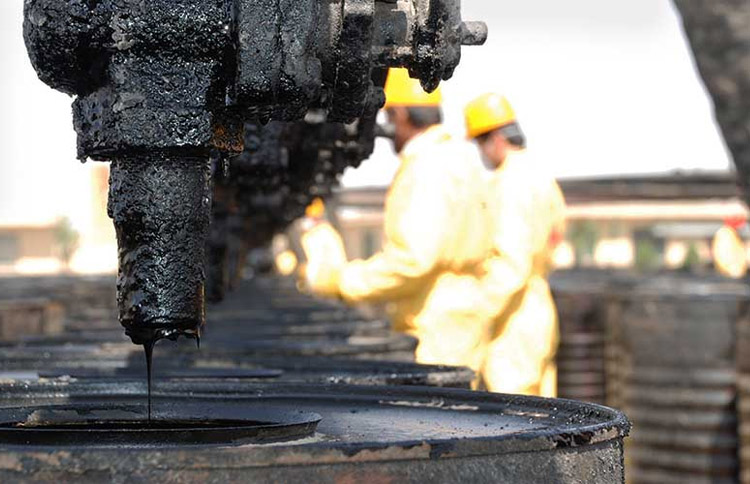 These days, bitumen and its rents have provoked many reactions and discussion among economic experts and activists. In this respect, an expert recently revealed that politicians owning bitumen-making plants are behind the free bitumen plan. However, the issue is too plain and simple. Influential Iranian politicians and MPs are exploiting the law to fill their pockets.

In this regard, in the last year, they have established dozens of bitumen-making plants to receive raw material worth $600 million.

For the first time, on July 22, Mostafa Taheri, a member of the Parliamentary Industry and Mine Commission, realized the Parliament [Majlis] had passed an urgent bill on free bitumen. “T e Majlis provided this plan given the fact that we are not selling oil and many construction projects have been shut down,” he said.

According to Taheri, in the past, the government was offering subsidized bitumen to several different entities, including the municipalities, general directorates of roads—particularly in rural areas—and schools. Now, the Majlis urges the government to offer bitumen instead of subsidies due to two reasons. First, increasing the bitumen price in tandem with discussions of the plan. Second, in many cases, the government has not paid subsidies.

In this respect, the government is supposed to distribute two million tons of free bitumen among special contractors. However, opponents of the plan reckoned that it would drive this industry to corruption. They say that the tenth Majlis—the previous term of the Parliament—rejected the plan due to its corruptible.

In 2017 and 2018, four million tons of free bitumen were distributed among contractors, but bitumen finally appeared in the open market rather than being used for construction projects.

The average price of one ton of bitumen is $300. In this respect, experts say, “The distribution two million tons of free bitumen is tantamount to distributing $600 million rents among special contractors.”

Proponent MPs claim, “The plan seeks to develop rural roads and repairing and preserving urban streets. However, economic experts believe that ‘the difference between the price of distributed bitumen and current price in the market tempts contractors to mix bitumen with gas and oil and use low-quality bitumen for domestic roads while selling the high-quality versions in the open market.”

Also, reports provided by research centers show that out of the country’s 5.5 million-ton of produced bitumen in the past year alone, four million tons have been exported. In this context, numerous corrupt cases filed in the last two years, leading to the execution of Hamid Bagheri Dormani, known as the “Sultan of Bitumen” in December 2018.

White-Collar Criminals in Power in Iran

Surprisingly, both relevant ministries to the issue opposed the plan. Primarily, the Oil Ministry that is responsible for distributing the free bitumen rejected the law. Two days before passing the plan Iranian Oil Minister Bijan Zangeneh said, “The government objects this plan not only because of financial problems but also due to its complicated mechanisms.”

The Ministry of Roads and Urban Developments, as one of the institutions that should receive the free bitumen, had also announced its objection to the plan. “Bitumen is one of the different types of construction materials. It should be provided such as other materials,” said Mohammad Eslami, Minister of Roads and Urban Developments, back in February 2018.

“In the last few years, over one hundred small bitumen production units have been built in parallel with the implementation of the free bitumen plan. These units belong to political figures,” said oil and energy expert Seyyed Ali Hosseini.

Furthermore, in his interview with the Shargh website, Hamed Hosseini, the first deputy of Iranian Oil, Gas, and Petrochemical Exporters Association, revealed that internal and external beneficiaries will achieve massive profits according to the plan. Therefore, both of them agree with the free bitumen plan.

“In return for the benefits to the domestic bitumen producers, free bitumen could challenge the export market due to dropping prices. In such circumstances, foreign clients will benefit most from the profits. Now, India is the main customer of Iranian bitumen, and this country and its allies will naturally benefit from the plan’s privileges,” Hammed Hosseini told Shargh.

Now, Indian and Pakistani businessmen are sitting in Dubai and awaiting for distributing free bitumen. Because they will purchase low-price bitumen and transfer it to India and Dubai through their brokers immediately after distribution. Therefore, Indian, Pakistani, and Emirati merchants line their pockets with countless profits, and roads of New Delhi and Dubai will be asphalted with Iran’s free bitumen,” Hosseini said in an interview with the Fars news agency.

Who Do Benefit from the Plan?

“There are nearly 20 active factories in the internal market while we have 100 active bitumen-production units across the country. Therefore, out of these 100 units, 80 will not benefit from the free bitumen plan because they do not provide for the internal market. Furthermore, merely 15 of the mentioned 20 factories will actually be profiting from this initiative. In this respect, the plan is supported by a mere 15 percent of the producers,” said Hamed Hosseini.

He also described the plan as a political gesture. “The plan would be able to morally benefit the MPs because they can refine their reputation in their jurisdiction by activating road construction projects,” he added.

Additionally, several MPs have seized the opportunity to launch their own bitumen bills. “Before the plan, only Jey and Pasargad companies received raw material because only they were producing bitumen in the country. However, several political figures and MPs used the opportunity and established bitumen-production units after approving the bill,” said economic expert Seyyed Ali Hosseini.

To make it plain and simple, dozens of bitumen-production plants in Iran launched in recent months by politicians and MPs after the Majlis passed the free bitumen bill! Therefore, the Majlis, currently under the control of supreme leader Ali Khamenei and packed with Revolutionary Guard (IRGC) commanders, has placed Iran’s bitumen industry under the claws of state-backed mafias.

“Launching a bitumen-production unit is not too sophisticated because it is the most basic among refinery and petrochemical plants. There is not much difference between vacuum bottom and bitumen. For instance, the vacuum bottom plant of Bandar Abbas refinery in Hormozgan province is 50-percent bitumen,” he added. “In recent years, the Research Department of the Ministry of Roads has issued 40 to 50 permits for these people. Therefore, they are factually behind the free bitumen plan and lobbying for it.”