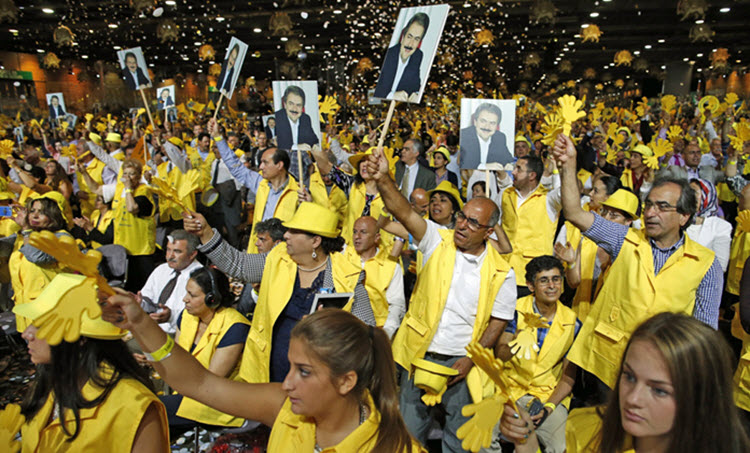 Over the past 50 years, both the Shah’s and the Mullahs’ Regimes have accused the Iranian resistance group, People’s Mojahedin Organization of Iran (PMOI/MEK) of being Marxist, but is it true?

Simply, no. It was a wrongful label put upon the MEK by those who opposed it to slander them and undermine their support from the devout Iranian people (as public perception in Iran of the word Marxist was atheist, materialistic, and Western) and the West (who saw Marxists as atheist and a threat to democracy during the Cold War).

How did the MEK first get misrepresented as Marxists?

The Shah and his secret police (SAVAK) used the term ‘Islamist Marxist’ to describe anyone who opposed the monarchy, particularly the MEK, whose potential to cause a revolt, the Shah recognised and feared.

It didn’t help that newspaper reports of the time would list all of the many opponents of the monarchy in a single paragraph, without explaining the political differences between the MEK and the Communist Party and the Marxist People’s Fedayeen.

How did this continue after the expulsion of the Shah?

Following the 1979 Revolution, the MEK worked towards the establishment of a democratic government, but clashed with the mullahs, including Ruhollah Khomeini, who wanted a fundamentalist theocracy. The mullahs then used their terrorist proxy thugs to attack MEK members.

The mullahs and their Ministry of Intelligence and Security (MOIS) continued to misrepresent the MEK as ‘godless Marxists’ after hijacking the Revolution and imposing another Regime on the people. Like the Shah, they were threatened by the MEK’s popularity and saw the damage the MEK could do, so they sent their propaganda machine into overdrive.

What has the MEK said about its Marxist label?

The MEK recognises this labelling as a propaganda tool used to disparage them and has been actively speaking out against it.

In 1981, MEK leader Massoud Rajavi: “Every high school student knows that believing in God, Jesus Christ, and Muhammad is incompatible with the philosophy of Marxism. But for dictators like Khomeini, ‘Islamic Marxist’ is a very profitable phrase to use against any opposition. If Jesus Christ and Muhammad were alive and protesting against Khomeini, he would call them Marxists, too.”

The MEK does not and has never referred to itself as Marxist, socialist, or communist. Massoud Rajavi has even said that the MEK avoided the socialist label to avoid being misrepresented in the people’s minds.

The MEK spent six years developing its political positions, based on a tolerant and democratic interpretation of Islam, and formulating a plan to replace the Shah’s dictatorial monarchy. None of their positions are Marxist.

In 1982, Massoud Rajavi said: “The Islam we want is nationalist, democratic, progressive, and not opposed to science or civilization. We believe that there is no contradiction between modern science and true Islam, and we believe that in Islam there must be no compulsion or dictatorship.”

What should the international community do?

After 50 years of propaganda by the Iranian Regime when they paint the MEK as Marxists, the international community needs to examine the evidence and be clear that the MEK are not Marxists, since apart from any judgement this is the reality.

By Pooya Stone Following is the excerpt from the...