FACTBOX-Foreign companies stepping away from Iran

Reuters: A growing number of oil companies, trading houses and other international firms have stopped doing business with Iran this year as the U.S. has led international efforts to isolate Tehran. 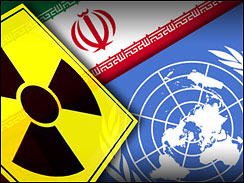 BP declined to give a reason for ending the contract, but the halt in supply followed reports Iranian aircraft have been denied fuel because of the latest set of U.S. sanctions designed to put pressure on the Islamic Republic over its nuclear programme.

Two Iran Air aircraft were unable to refuel at the airport earlier this month and had to be diverted.

A growing number of oil companies, trading houses and other international firms have stopped doing business with Iran this year as the U.S. has led international efforts to isolate Tehran.

* BP confirmed on July 13 it had stopped supplying jet fuel to Iran Air at Hamburg airport.

* Lloyds of London said on July 9 it would not insure or reinsure petroleum shipments going into Iran.

* Spain’s Repsol said on June 28 it had pulled out of a contract it won with Royal Dutch Shell to develop part of the South Pars gas field in Iran.

* French oil group Total on June 28 joined the growing list of oil firms that have stopped supplying gasoline to Iran because of U.S. sanctions.

* Italy’s oil and gas major Eni told U.S. authorities on April 29 it was handing the operation of Darkhovin oilfield in Iran to local partners to avoid U.S. sanctions.

* Russian oil firm LUKOIL would cease gasoline sales to Iran, industry sources said on April 7, following a similar decision by Royal Dutch Shell in March. LUKOIL had supplied some 250,000 to 500,000 barrels of gasoline to Iran every other month, traders said.

* Luxury carmaker Daimler announced plans on April 14 to sell its 30 percent stake in an Iranian engine maker and freeze the planned export to Iran of cars and trucks. The announcement followed similar action by German insurers Munich Re and Allianz.

* India’s largest private refiner, Reliance Industries, would not renew a contract to import crude oil from Iran for financial year 2010, two sources familiar with the supply deal said on April 1. Sanctions have not targeted crude purchases, but sources said Reliance may have been trying to distance itself from dependence on the Islamic Republic.

* Ingersoll-Rand Plc, a maker of air compressors and cooling systems for buildings and transport, said it will no longer allow subsidiaries to sell parts or products to Tehran.

* Oilfield services company Smith International said on March 1 it was actively pursuing the termination of all its activities in Iran.

* Caterpillar, the world’s largest maker of construction and mining equipment, said on March 1 it had tightened its policy on not doing business with Iran to prevent foreign subsidiaries from selling equipment to independent dealers who resell it to Tehran.

* German engineering conglomerate Siemens said in January it would not accept further orders from Iran.

* Glencore ceased supplying gasoline to Iran in November 2009, according to traders.

* Accounting giants KPMG, PricewaterhouseCoopers, and Ernst & Young have declared themselves free of any business ties to Iran.

* The website of New York-based lobby group United Against Nuclear Iran lists scores of companies it says still do, or have done, business with Iran (here). The list includes companies that have severed links with Iran.

* The U.S. Government Accountability Office reported in April that 41 foreign companies were involved in Iran’s oil, natural gas and petrochemical sectors from 2005 to 2009. In a report in May, the GAO said seven of those companies received U.S. government contracts worth nearly $880 million.

* Russia’s Gazprom confirmed in March it was in talks with Iran on developing the Azar oil field.

* Pakistan’s foreign ministry said on June 10 that a $7.6 billion project for export of Iranian natural gas to Pakistan would be unaffected by the imposition of fresh U.N. sanctions

Washington Post: Shaul Bakhash, his daughter at his side,...