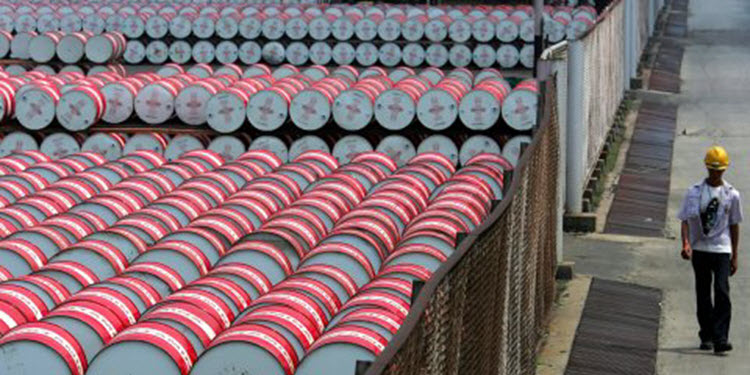 Iran already faces insurance, financing and legal obstacles despite the lifting of sanctions linked to its oil industry in January. Under a nuclear deal with major world powers, Tehran was allowed to resume crude exports to Europe and other destinations.

Since the lifting of sanctions, Iran has managed to sell only small volumes of crude to Europe, including barrels to Spain’s Cepsa, Total of France and Russia’s Litasco, the FT reported.

By mid-April, only about eight tankers will have sailed from Iran’s Kharg Island for Europe, said shipbrokers, with only 12 million barrels booked to sail.

Iranian vessels carrying the country’s crude are restricted from entering ports in Saudi Arabia and Bahrain, according to a circular sent by a shipping insurance company to its members in February, the FT report said.

The notice said ships that have called to Iran as one of its last three ports of entry will also require approval from the Saudi and Bahraini authorities before entering their waters. Shipbrokers and traders have relayed the same messages since.

Iranian oil executives have expressed their concern about the message circulating in the market, saying it is only adding to problems they face in selling their crude.

Iran is also yet to regain access to storage tanks at a key oil transit hub on Egypt’s Mediterranean coast, which is part-owned by Saudi Arabia.

Oil tanker association Intertanko and other industry participants say no formal notice has been given by Saudi Arabia but uncertainty is making some charterers less willing to lift Iranian crude.

”It’s seen as an unknown risk,” said one shipbroker. “No one wants to disrupt their relationship with the Saudis.”

The amount of oil being stored at sea off the coast of Iran has risen by 10 percent since the start of the year, data from maritime data and analytics company Windward show, and now stands at more than 50 million barrels.

Diplomatic tensions between Saudi and Iran, which have worsened during the bloody conflict in Syria, are seen influencing the commercial sphere with both countries battling for market share amid the collapse in oil prices.

But last week Deputy Crown Prince Mohammed bin Salman said Saudi Arabia would not hold output steady unless joined by Iran, which has said it plans to regain its post-sanctions output level before agreeing to any freeze.

Some of Tehran’s problems have been self-imposed, traders said, with the country reluctant to discount its crude and attaching stringent destination clauses and other stipulations to its sales.

Insurance and US banking restrictions also remain. Charterers of vessels for moving Iranian barrels have at times paid premiums of almost a third.

“Shipowners are charging above market rates given the problems with insurance, in particular,” said another shipbroker.

Reuters: Oil prices may surge to a record if...