Amnesty: Iran stepped up executions in 2015 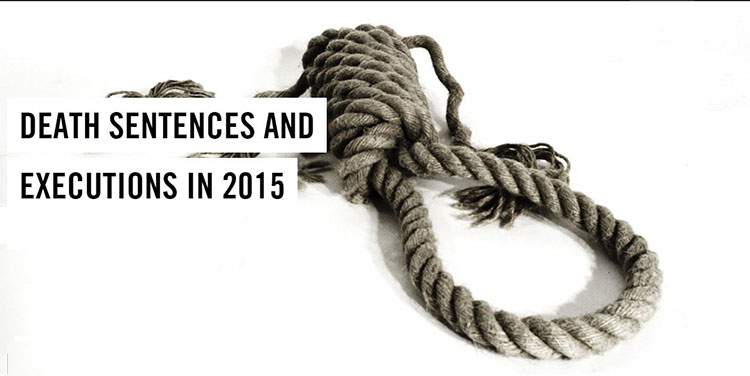 London, 6 Apr – Iran executed nearly 1000 people in 2015 and was the world’s number one state executioner after China, according to the latest toll published on Wednesday by the London-based human rights organisation Amnesty International.

“Iran carried out at least 977 executions in 2015. The Iranian authorities announced 400 executions through official and semi-official sources. However, credible sources confirmed that at least 577 more executions took place, in addition to those officially announced”, Amnesty International said in its annual Death Sentences and Executions report for 2015.

“At least 16 women and at least four juvenile offenders were executed. At least 58 executions known to Amnesty International were carried out publicly”.

Iran was among a handful of countries that largely fuelled the dramatic global rise in the number of executions recorded last year which saw more people put to death than at any point in the last quarter-century, the rights group said.

“Iran is also one of the world’s last executioners of juvenile offenders, in flagrant breach of international law”, the report added.

“Iran continued to impose death sentences on and execute juvenile offenders, in breach of its international obligations under the UN Convention on the Rights of the Child and the International Covenant on Civil and Political Rights (ICCPR)”.

“Iran alone accounted for 82% of all executions recorded” in the Middle East and North Africa, Amnesty said, adding that Tehran continued to sentence people to death for crimes – including drug trafficking, corruption, “adultery” and “blasphemy”.