Boeing’s Deal with Iran is a Disgrace 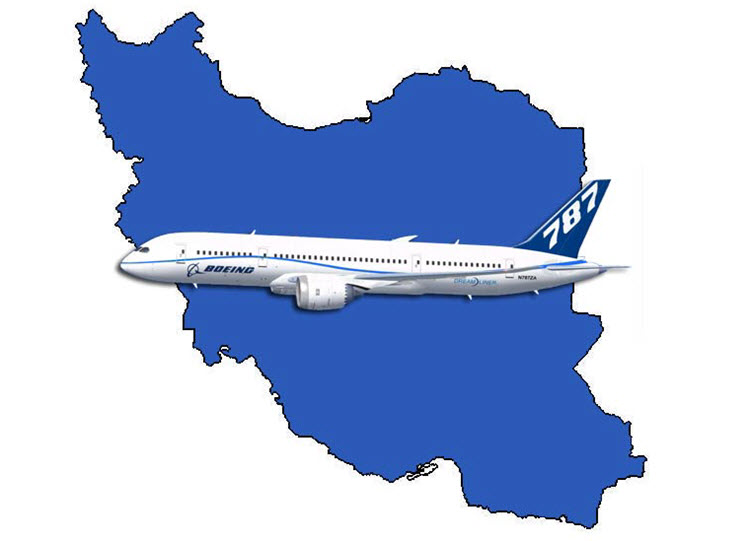 London, 14 Dec – Critics may say that America is no longer a manufacturing country, however, Boeing aircraft are seen on every tarmac around the world.

In an article published on December 12, by Shmuley Boteach, whom The Washington Post calls ‘the most famous Rabbi in America’, writes, “As an American who travels around the world I’m always proud of Boeing.” He continues, “That’s why I was so sorely disappointed to see Boeing selling its soul for $17 billion to Iran. This is blood money, and Boeing knows it.”

Iran sponsors terrorisme, it involves itself in the unrest in the Middle East, and their history of Human Rights abuses are an affront to decency.

Botheach goes on to say that, “They murder American soldiers in Iraq and Afghanistan, they blow up Jewish community centers in Latin America, in war they send children to clear minefields and they oversee a country that hangs gays from cranes in town squares and stones women to death. In short, the government of Iran is an abomination.”

He addresses the issue of selling airliners to Iran, by alleging that there are now credible reports that Iran’s commercial aircraft play a leading role in supporting terrorism. According to the Washington Free Beacon, “senators, led by Sen. David Perdue (R., Ga.), have been pushing Obama administration officials to explain why they are helping airline manufacturers Boeing and AirBus sell planes to Iran, despite clear evidence that Tehran is using its commercial airline as cover for its continued terrorist operations across the region.”

The asks us to think about Hezbollah, it is one of the most feared organizations on earth, and it patrols Israel’s northern border. Boteach says, “Hezbollah has been instrumental in keeping Syrian President Bashar Assad in power so he can continue murdering hundreds of thousands of innocent Arabs, including thousands of children with poison gas.”

How does Hezbollah get its rockets, you may wonder. Senator Perdue wrote to the Obama administration, “The issue surrounding commercial aircraft usage for illicit purposes by the Iranian regime has now expanded, given new intelligence information alleging that Iran has indeed been using Mahan Air – a commercial airline that is currently subject to US and UN sanctions – to smuggle weapons and ammunition to Hezbollah in Lebanon.”

These are the weapons and ammunition used to fire on Israelis civilians, used to kill Syrian Arabs and their children.

“My son’s IDF unit is on the Golan Heights, facing the monsters of Hezbollah, so this is an issue very close to my heart,” writes Boteach, and asks, “Is Boeing a moral company? Would they really sell their principles and allow their planes to be used for terrorism? I’m all for American jobs and I want to see the good people of Seattle enhance their economy. But the patriotic Americans who work at Boeing’s factories need to know that the planes they’re going to be building will be ferrying murderous equipment for terrorists to kill men, women and children.”

The calls this ‘blood money’ and says that nothing good will come of it. He asks all people of good will to call on President-elect Donald Trump, and ask him to immediately kill this deal as soon as he’s in office.

Trump has already called the Nuclear Deal is a catastrophe. However, as yet, he’s not said what he will do about it. Retired General James Mattis has said that we’re better off keeping the deal and making sure it’s enforced.

It’s not impossible to reintroduce international sanctions against Iran even though many Europeans businesses have flocked to Iran to take advantage of the opportunities that have opened up.

Since America is the world’s most important trading partner sanctions can easily be reintroduced against companies doing business with Iran. The Republican-led Senate made a move to do just that, as punitive action against Iranian terrorism, after Obama’s nuclear deal.

The concludes, “President-elect Trump can distinguish himself straight out of the gate as a man who takes terrorism incredibly seriously by killing the Boeing deal with Iran and demonstrating to the world that chants of ‘Death to America’, continuous genocidal threats against Israel, and enabling genocide in Syria will not be rewarded with plush leather seats cruising at 35,000 feet.”

AP: A Swiss court on Thursday found a Czech...