Maryam Rajavi: Aleppo Is the Eternal Symbol of Resistance 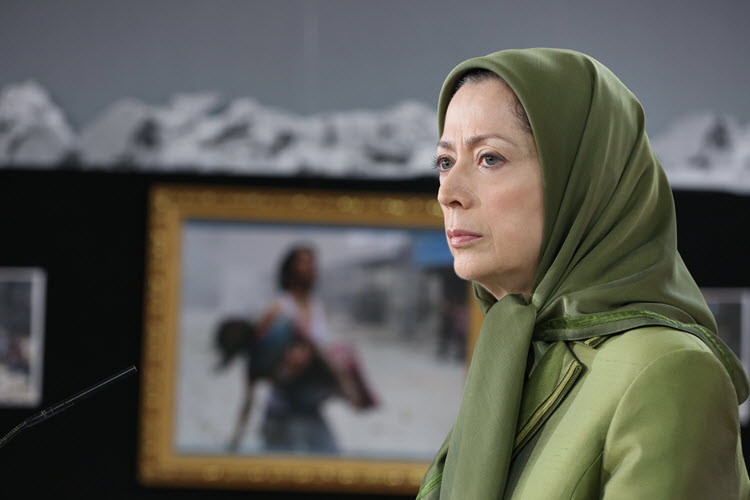 London, 14 Dec – The Iranian Resistance is condemning the war crimes committed in Syria by the Iranian Regime on behalf of the Syrian dictator, Bashar al-Assad.

Maryam Rajavi, the President-elect of the Iranian Resistance, described the besiegement of Aleppo as a crime against humanity and called the inaction by Western government “shameful”.

She said: “Aleppo is the eternal symbol of resistance and an inspiration to the people of the region and all freedom-seeking people striving to liberate themselves from the oppression of the religious dictatorship ruling Iran and its mercenaries. The regime in Tehran is the source of crisis in the region and killings in Syria; it has played the greatest role in the expansion and continuation of ISIS. Peace and tranquillity in the region can only be achieved by evicting this regime from the region.”

Mohammad Mohaddessin, Chairman of the Foreign Affairs Committee of the National Council of Resistance of Iran (NCRI), also criticised the international community for staying silent against the violence and brutality.

Mohaddessin said: “This is the biggest crime against humanity of the 21st century and it is being perpetrated by Khamenei, the Revolutionary Guards (IRGC), their mercenaries and the Assad regime.”

He said that the Iranian Regime and the IRGC are the largest sources of crisis in the middle east and as long as they remain in power, ISIS will survive and the Gulf region will continue to be unstable.

He continued: “Aleppo will be forever the capital of resistance for freedom and an inspiration for all freedom-loving people. Aleppo will rise from its ruins and will herald the destruction of the Iranian regime and its allies and mercenaries in the region.”

It is clear that the criminals of the Iranian Regime must be brought to justice.

AFP: Iran has granted bail to an aide to...