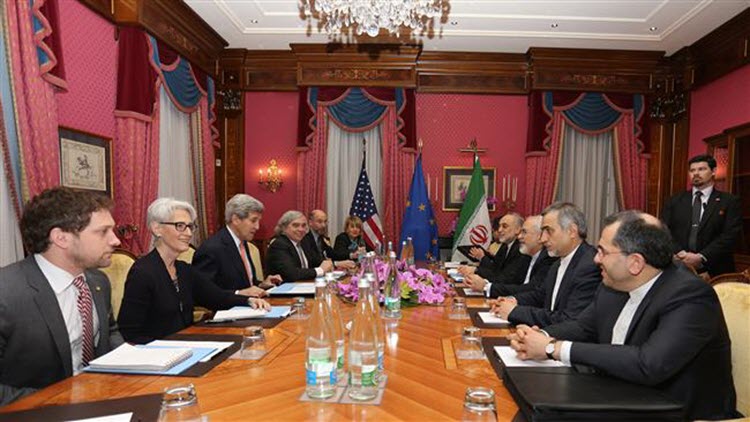 London, 14 Dec – The US and the rest of the world were shocked in the early hours of November 8, to find that Donald Trump had been elected President of the United States.  Mr. Trump’s controversial platform was dismissed by many, but in the days to come, we will see how his words will affect the world.

During his campaign,Trump was very critical of the JCPOA, the nuclear agreement between Iran, the US, and six member states of the EU.  This nuclear pact, which Barack Obama signed in 2015, lifted sanctions on Iran’s oil and industry finance in return for the country limiting its nuclear program.

Trump has stated, “Any commander-in-chief worthy of defending this nation should be prepared to stand up on January 20, 2017, (which is Inauguration Day in the US) and rip to shreds this catastrophic deal.” He also branded it the “worst deal ever negotiated” and a “disaster.”  His election victory has opened up the prospect of him ordering the US to pull out of the deal.

In her report for The Sun, Zoe Nauman wrote on December 12 that Mr. Trump has received a stark warning from the Iranian Defense Minister, Hossein Dehghan, who threatened that the President-elect could trigger a World War if he provokes Iran over the Nuclear Deal, potentially causing the destruction of Israel and other small Gulf Arab States.

The Defense Minister said that the President-elect’s threats to pull out of pact have caused panic among the US allies in the Gulf. According to Iran’s Mehr news agency, when speaking at a security conference in Tehran, he reportedly said, “Even though a businessman, the assistants that … (Trump) has chosen may map a different path for him, and this has led to unease, particularly among Persian Gulf countries.”

He continued, “Considering Trump’s character and that he measures the cost of everything in dollars, it does not seem likely that he would take strong action against our country.”

“Enemies may want to impose a war on us based on false calculations and only taking into consideration their material capabilities…” Dehghan warned, “Such a war would mean the destruction of the Zionist regime (Israel) … and will engulf the whole region and could lead to a world war.”

Benjamin Netanyahu, the Israeli Prime Minister, has said he would welcome the agreement being cancelled.

Dr. Maleki Promises to Fight for the Iranian People’s Rights