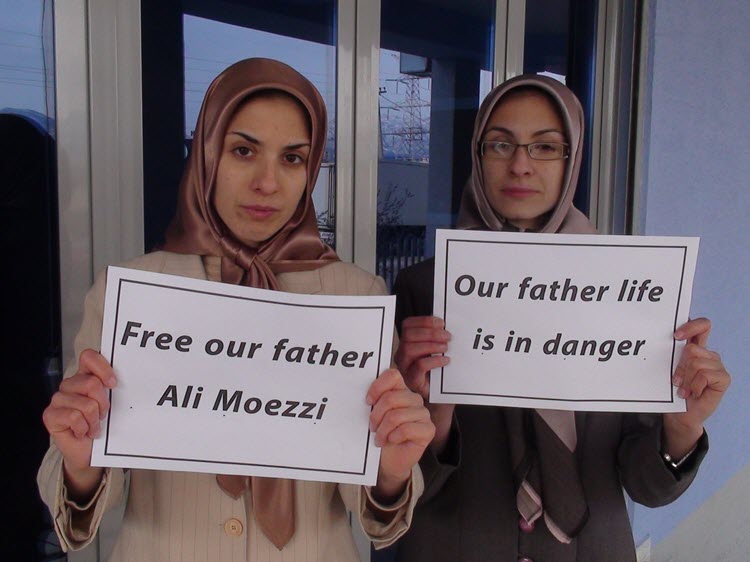 London, 7 Jan – The Iranian Resistance in Canada has called for the political prisoner Ali Moezzi to be freed immediately.

Moezzi, a People’s Mojahedin Organization of Iran (PMOI) supporter, went missing in prison on January 4. He is believed to be in imminent danger. Prison guards have claimed not to know where Moezzi is.

Their comments were echoed by Gérard Deprez, MEP, President of Friends of a Free Iran in European Parliament (FOFI).

He noted that Moezzi, an agricultural engineer,  had been subjected to torture and placed in solitary confinement. Indeed, Ministry of Intelligence and Security (MOIS) threatened to torture him to death according to Moezzi’s family.

He was arrested in 2011 and sentenced to four years in prison; when his sentenced finished in December 2015, his sentence was extended for no reason.

The Italian Committee of Parliamentarians and Citizens for a Free Iran said that this was not unusual for the Iranian Regime.

They wrote: “We ask the United Nations High Commissioner for Human Rights and the Special Rapporteur on the Human Rights Situation in Iran to take urgent action in this regard, calling the Iranian regime to unconditionally free Ali Moezzi and ensure that his life and safety be respected.”

Moezzi, 65, is gravely ill; having cancer and various other illnesses.

He was also arrested in 2008 for visiting his daughters in Camp Ashraf, Iraq; a place of exile for PMOI supporters. He served two years.

His daughters have also written to UN officials to call for the release of their father.

The British Parliamentary Committee for Iran Freedom (BPCIF) compared Moezzi’s disappearance to the 1988 massacre of political prisoners. 30,000 people, mainly supporters of the PMOI, were executed in just a few months; their fate was hidden from their families and they were buried in mass graves.

BPCIF wrote: “We urge the British government, relevant UN bodies, the UN Special Rapporteur on the human rights situation in Iran Ms. Asma Jahangir, and international NGOs to take urgent action in support of this call and pressure the Tehran regime to heed international concerns and its obligations.”

They continued: “The British government must make it clear to the Iranian authorities that their unacceptable treatment of political prisoners and dual citizens held unjustly will only isolate Tehran further on the international scene as a pariah state and make improvement of relations impossible.”

Iranian hardliners get tough on booze

Iran-U.S. talks on Iraq to begin on Saturday  report