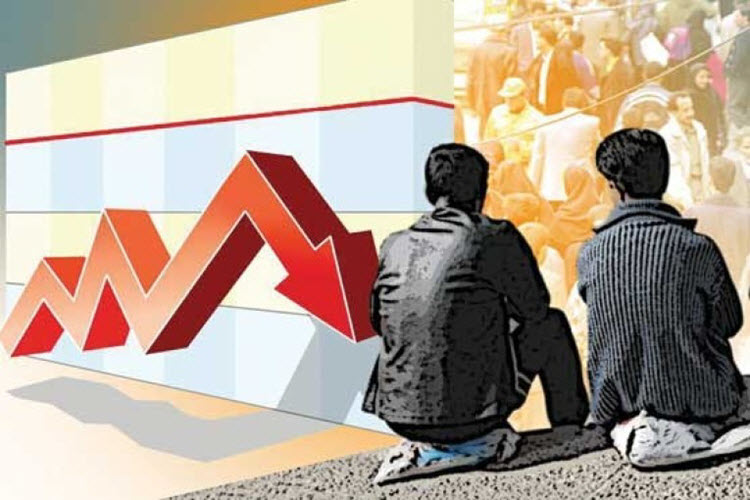 London, 24 Feb – While Iran’s Statistics Center announced a 0.1% drop in inflation rate in February compared to January, the Central Bank announced that the rate has increased 1.1% compared to previous month.

Iran’s central bank on Thursday February 23 announced that the inflation rate in February reached 8.7% that compared to the previous month has increased by 1.1%.

However Iran’s Statistics Center stated in a report that the inflation rate in February reached 6.8% that compared to the previous month decreased by 0.1%.

According to the Iran’s Statistics Center, the inflation rate in January compared to the previous month had dropped 0.3% and reached 6.9%.

However, the Central Bank said that inflation in January was 8.6%, which was unchanged from November to December.

The steadiness of the process of changing the average inflation rate in the Central Bank report coincides with point to point inflation rate. This coincidence doubles the worries about the future of inflation rate changes.

According to the Central Bank, point to point inflation rate in February reached 10.6% which shows a 1% increase compared to January.

According to the bank’s report, point to point inflation rate in January had reached 9.6% which showeda 0.4% increase compared to December.

Ali Tayyebnia, Minister of Economy, emphasized a while ago that inflation had reached its hard core and from now on controlling the inflation rate would be more difficult than the past.

The International Monetary Fund in its latest report has forecasted that inflation will average 9 percent at the end of this year, and while inflation rate is single digit, it is with a short distance of being double-digit.

Reduction in the inflation rate does not mean cheaper price of consumer goods and services, but means slowing momentum of the general level of prices.

Mohammad Bagher Nobakht, Government spokesman, earlier called the decline in inflation rate in Iran as “very promising” and described reduction of inflation rate as a sign of “the right direction” of the country.

But some MPs criticize the Hassan Rouhani government’s performance and say the statistics are only on paper and does not reflect the real situation of people’s lives.

A number of government critics also know one of the factors of reduction of the inflation rate is due to deepening recession and the decline in the purchasing power of people.

Iran FM ‘no authority’ to talk to Kerry about Syria: US