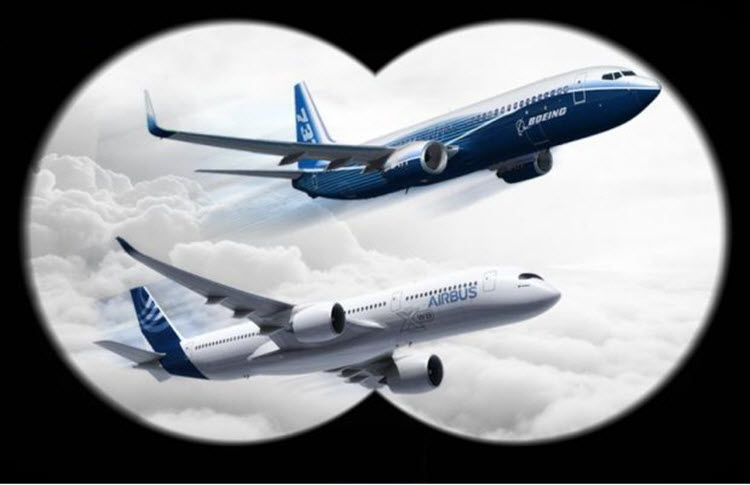 London, 25 May – The head of the US Treasury Department has revealed that he is reviewing the licenses for Boeing Co and Airbus to sell aircraft to airlines affiliated with the Iranian Regime.

On Wednesday, Steven Mnuchin testified before the House of Representatives’ Ways and Means Committee that he would increase sanctions pressure on Iran, Syria and North Korea.

He said: “We will use everything within our power to put additional sanctions on Iran, Syria and North Korea to protect American lives. I can assure you that’s a big focus of mine and I discuss it with the president.”

Although Mnuchin did not go into detail about the review of the licenses, which were granted as part of the sanctions lifting following the 2015 nuclear deal, he did reveal to the committee that he believes in economic sanctions and that they were the reason Iran came to the negotiating table regarding the nuclear deal.

Donald Trump, who recently visited Saudi Arabia and Israel on his inaugural foreign visit, has also been very critical of the Iranian Regime for its links to terrorism and its destructive influence on the Middle East.

The Iranian Regime has responded by saying that any attempt to stop the aircraft deals would be in violation of the nuclear deal, but it is unclear whether or not this is true. The Regime claims that most criticisms of them violate the deal, when in fact, it does not.

The airline affiliated with the Regime have made deals to buy over 200 aircraft from manufacturers in the US and Europe, which would almost triple their current commercial fleet, and the worry is that these planes would be used to illegally traffic weapons, money, and troops to support terrorist cells like Hezbollah and the Syrian dictator, Bashar al-Assad.

If the deal between Boeing and the Iranian airlines is scrapped, this could mean a production halt and a loss of US jobs but national security should be more important.

Although the other aircraft manufacturers (Airbus and ATR) that the Iranian airlines have deals with are outside of the US, they are still subject to US licences because they contain American-made parts.

Many licenses have already been issued but need to be renewed in 2020, by which time only about a third of Airbus jets will have been delivered. However, US legal experts have reported that the licences can be revoked at any time and that even with deals in place, sanctions could be reintroduced at any time.