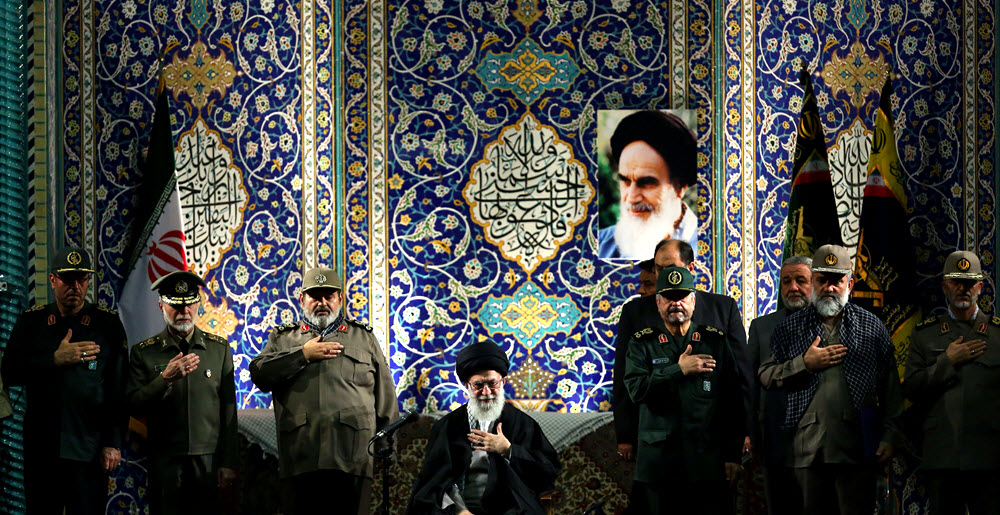 The Islamic Revolutionary Guards Corps (IRGC) has no choice but to shrink operations. Some IRGC members have actually been arrested following internal disputes.

The IRGC has economic interests in many different sectors, including telecoms, oil and gas, and construction. Faced with a number of rival crackdown, some of the holding companies and ownership have been returned to the state.

Reports indicate that more than ten IRGC members and businessmen affiliated with them have been arrested in the past few months. There are others that have been ordered to hand back the money they made through suspicious business deals.

An Iranian regime insider said that the manager of a large IRGC affiliated company was arrested a few months ago. Millions of dollars were also seized during a raid on his property.

One of the IRGC’s brigadier generals who was behind many of the economic decisions for the IRGC was arrested, but later released on bail.

Rouhani has been trying to limit the rival band by a crackdown, but carrying it out in discreet circumstances so that the guards are not put out. The IRGC is one of the most powerful bodies in the Iranian regime.

His efforts started last year after he mentioned to Supreme Leader Khamenei that the IRGC’s wealth is shocking, criticising its role in the country’s economy. Rouhani told Khamenei that Iran’s economy was in deadlock because of the corruption and high involvement of the IRGC.

The Iranian regime has been corrupt for decades and we are starting to get more and more details about the extent of it. We can see that Iran’s economic development is hindered by the numerous corrupt companies and entities that have a large control over the economy.

Iran has been suffering from high employment for many years and is struggling to provide even the most minimal and basic social care for the people who are struck down by extreme poverty.

President Rouhani wants to attract investments from abroad and thought that it would happen soon after the 2015 nuclear deal was signed. Although foreign investments did not pour in in the way he hoped, many sanctions were lifted and a huge “windfall” came as a result.

However, these billions of dollars were spent on the spread and funding of terrorism and on militias and wars abroad, most notably Syria where Iran has been propping dictator Bashar al Assad up since the beginning of the civil war.

So Rouhani, despite whatever action he has taken against the IRGC, is still not the moderate he likes to think he is. He is responsible for plundering his nation’s wealth on activities that cause and prolong the suffering of innocent civilians, not just abroad, but at home.

Three day ago, the International Monetary Fund reported about...

By Pooya Stone An Iranian government official has admitted that...