Reuters: Leaders of a U.S. House and Senate negotiating panel on Monday said they had agreed to compromise legislation imposing new sanctions that target Iran’s central bank, despite Obama administration misgivings over the measure. They said they hoped to pass it this week. 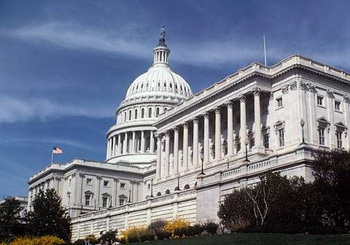 WASHINGTON (Reuters) – Leaders of a U.S. House and Senate negotiating panel on Monday said they had agreed to compromise legislation imposing new sanctions that target Iran’s central bank, despite Obama administration misgivings over the measure. They said they hoped to pass it this week.

The lawmakers, the leaders of armed services committees from both political parties, said they had made some changes sought by the administration. These added some flexibility in the treatment of foreign institutions that trade with Iran’s central bank, Democratic Senator Carl Levin said.

Levin told reporters the bill was probably “96 percent” the same as legislation that passed the Senate last week. It would penalize foreign financial institutions that do business with Iran’s central bank, the main conduit for its oil revenues.

But changes were made that would allow the option of imposing restrictions on such foreign financial institutions, rather than cutting them off entirely from the U.S. financial system, Levin said.

A waiver provision was changed as well to make it easier for the administration to allow exceptions for countries that have sought to cooperate with the United States in pressuring Iran, lawmakers said.

Still, Levin said, “we have written this language so it’s tough. We want it to be tough” in an attempt to pressure Iran to give up its nuclear program. He said he hoped President Barack Obama would sign it into law once it clears the House and Senate, which it is expected to do later this week.

The United States and its western allies have supported multiple rounds of sanctions on Iran, seeking to persuade it to curtail its nuclear work.

Washington suspects Tehran of using its civilian nuclear program to develop weapons, although Iran says its program is solely to produce electricity.

The United States already bars its own banks from dealing with the Iranian central bank, so the U.S. sanctions would operate by dissuading foreign banks from doing so.

The proposal that passed by the Senate last week was sponsored by Senators Mark Kirk, a Republican, and Robert Menendez, a Democrat.

In a statement, Kirk applauded lawmakers for “successfully resisting most of the administration’s attempts to weaken” the proposal. Kirk said the goal was to “force international financial institutions to chose between doing business in the U.S. and doing business in Iran.”

Administration officials had urged lawmakers to soften the proposed sanctions, arguing that threatening other countries might not be the best way to get them to cooperate in action against Iran.

Officials from the Treasury and State departments told lawmakers last week that while they were indeed looking to sanction Iran’s central bank, they wanted to do so in a calibrated manner, to avoid roiling oil markets or antagonizing allies.

Turkey and Iran diverge over Syria

AP: Turkey and Iran, regional heavyweights and heirs to...

AP: An Iranian spokesman on Tuesday said the country's...