Iran’s Oil Exports Fall During First Half of August 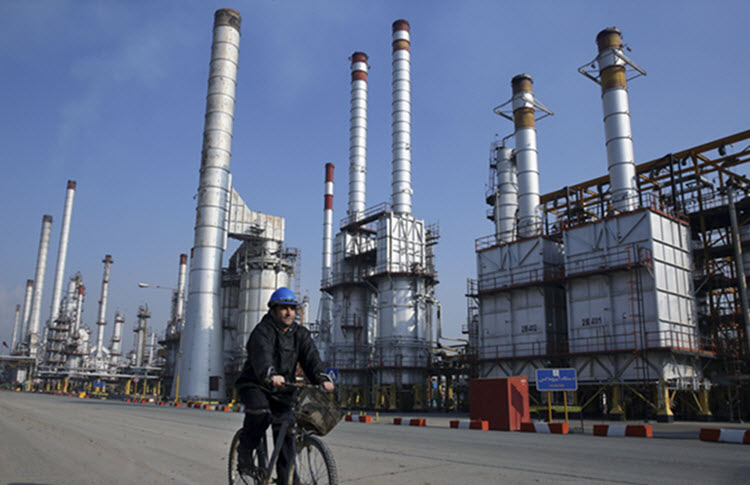 London, 25 August – The threat of US sanctions is already beginning to affect the demand for crude from some of Iran’s key customers. According to preliminary tanker tracking data, oil exports from Iran have fallen steeply during the first half of August.

S&P Global Platts trade flow software’s initial estimates show that Iran oil crude and condensate exports have fallen to 1.68 million b/d in the first 16 days of August, which is down over 600,000 b/d from loadings in July.

Platts cFlow software estimates show that this compares with exports averaging 2.32 million b/d in July as a whole, and 2.10 million b/d in the first 16 days of August. These preliminary numbers show key buyers of Iranian oil are beginning to cut back before US sanctions against Iran’s oil sector go in to effect, sources said.

Even India’s demand for Iranian crude has plummeted — cFlow data shows that 203,938 b/d of crude flowed to India over August 1-16, compared to 706,452 b/d in July. India is the second largest buyer of Iranian crude, and is under pressure from the US government to cut its reliance on Iran’s oil. Indian refiners have also increased their purchases of US crude. Questions regarding India’s future buys from Iran mount, as the trade war heats up between Beijing and Washington.

On November 4th, US sanctions come into effect, and analysts expect this to block up to 500,000 to 1,000,000 b/d of Iranian crude exports. The impact could be felt as early as this month.

China, Iran’s largest oil purchaser, was only slightly reduced. Loadings to China from August 1-16 were 615,688 b/d compared to 722,100 b/d in July. As well, Japan’s remained steady for the second month in a row. South Korea, once a key buyer of Iran’s condensates, halted its imports, and has already started to find alternative supplies to Iranian condensates after pressure from the US.

However, in the first-half of August, flows to Europe were up strongly, with flows at 631,814 b/d, compared to 465,450 b/d in July. Italy’s demand stayed strong, as did those of Turkey, Greece, France, Spain and Croatia.

Despite a fall in exports, Iranian crude production is expected to not fall sharply, according to sources, because Tehran has diverted some of these barrels to its domestic refining system. Iran has ample domestic storage in which to keep the barrels that are not shipped. Between 2012 and January 2016, when the US and EU imposed sanctions on Iran, the country put almost 50 million barrels of crude and condensates on floating storage.

In the last few months, refinery runs in the country have been picking up. After years of delays, the Persian Gulf Star condensates refinery started up in April last year. The boost in production comes from there, using Iran’s locally produced South Pars condensate as feedstock. In fact, Iran’s gasoline production has surged 50% over the last 12 months, and according to the oil ministry, further increases will follow.