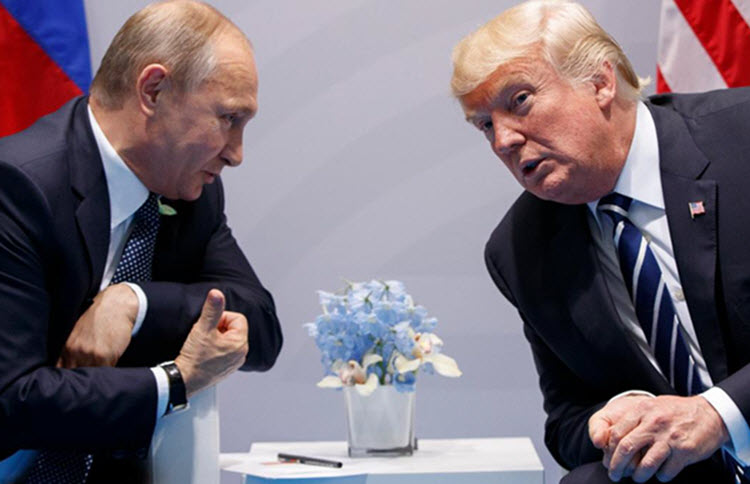 John Bolton’s meeting with Israeli officials on Wednesday gives evidence to this. The US National Security Adviser claimed that Putin had told Trump “that he would be content to see Iranian forces all sent back to Iran.” Bolton added that Putin had offered the caveat, “I can’t do it myself.”

It seems that Putin’s interests in Syria are now increasingly divergent from those of Iran.

Russia and Iran fought to secure Bashar Assad’s survival, and that outcome is very nearly completed. However, it is believed that Putin’s secondary interest is to displace America as the main international power player in the Middle East. Putin may also want Egypt, Saudi Arabia, and the other Sunni-Arab monarchies to buy Russian military and industrial equipment and grant Russia access to their energy and other market opportunities. He also would like Iran to buy into this scheme.

Putin is said to be a hard-edged realist who is not guided by an ideological vision, but he has generally tried not to go too far. For example, he has not invaded the Baltic NATO member states, or used cyberattacks to crash the U.S. financial system. Doing so would be a risk that outweighs what he would accomplish.

Putin knows that supporting Iran in Syria is also more problematic than it is beneficial. Israel’s vested unwillingness to allow Iran to establish a forward operating missile garrison in Syria, factors into this. In fact, Israel’s air strikes on Iranian revolutionary guards and their associated missile forces has risked killing Russian personnel in order to reinforce its redline against Iranian missile force entrenchment. The Israelis won’t blink here.

The Trump administration’s increasingly unrestrained push to see Iran’s economy implode must also have Putin’s attention. Putin’s top priority is the U.S. – European sanctions relief against his economy. The Russian leader would not want to aggravate Trump by lending support to an increasingly unstable Iran. As well, the Sunni-Arab states, Israel, and the U.S. all despise Iran, so Putin has good reasons to ignore Iranian interests.

Putin desires Trump’s short-term favors and concessions that are more relevant to his interests, including altering the U.S. position in Syria. So, for Putin, Iran just doesn’t matter that much anymore.

Reuters: An Iranian diplomatic note gives no sign that...